Police across the nation under attack amid unrest 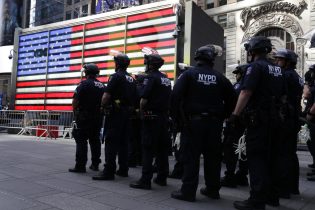 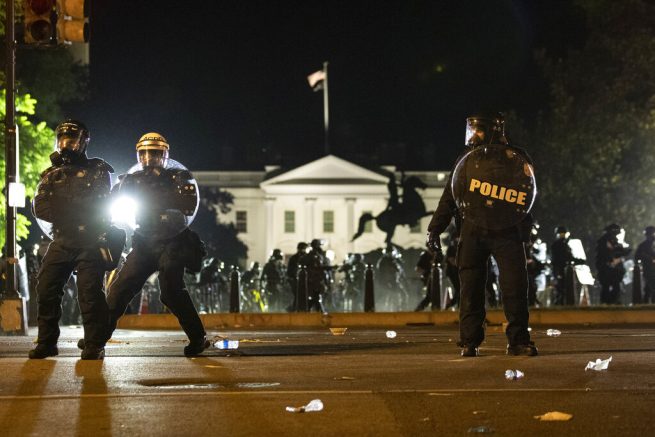 FILE – In this Sunday, May 31, 2020 file photo, police form a line on H Street as demonstrators gather to protest the death of George Floyd near the White House in Washington. (AP Photo/Alex Brandon)

Police across the country were targeted in attacks this week as protesters continue to demand justice for George Floyd. As of Friday, more than 20 police officers have been shot, while hundreds more have been injured by projectiles, like Molotov cocktails and bricks.

The disdain for law enforcement in the U.S. has grown in recent weeks and continues to mount. The National Guard and militarized police forces have been ordered to more than 30 states in an effort to control crowds and stop the looting.

Police chiefs and superintendents nationwide have spoken out against the violence towards officials.

“We have to protect this city, there should be decency and order,” stated New Orleans Police Superintendent Shaun Ferguson. “There should be law and order for civility in this city.”

Graffiti left by rioters covers sheets of plywood used to shield the windows of a restaurant after riots over the death of George Floyd, a handcuffed black man in police custody in Minneapolis, Sunday, May 31, 2020, in Denver. (AP Photo/David Zalubowski)

Earlier this week, a retired police chief was shot and killed for protecting a pawn shop from looters in St. Louis, Missouri. This incident was one of many for local business owners, whose businesses have suffered at the hands of looters.

Meanwhile, governors and mayors have voiced their solidarity with the police in major cities, who have seen mass destruction.

With curfews in place in more than 200 cities across the U.S., angry Americans have been pushing the legal limits with law enforcement and have caused waves for how officers do their jobs.

This week, 57 members of the Buffalo Police Department Emergency Response Team resigned from the task force in solidarity with their colleagues, who were recently suspended for pushing an elderly man to the floor.

A video of the incident had gone viral on social media, prompting public outcry over the disturbing footage.

With hundreds of attacks on law enforcement, more restrictions on police practices and officers abandoning their posts, Americans have been taking matters into their own hands. A number have also exercised their Second Amendment right to bare arms, which has caused a surge in gun sales as rioting continues.