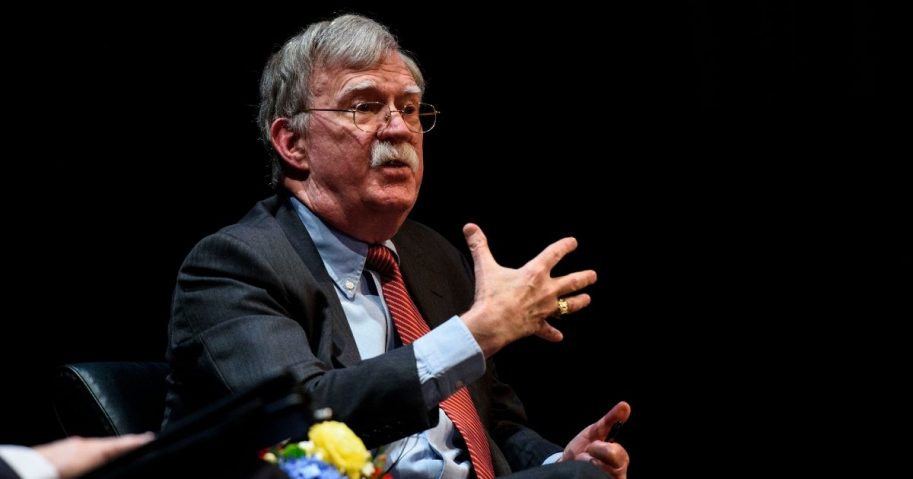 Considering that the book is the object of a lawsuit over the author not getting it vetted for the removal of classified information, as required by law, the leaks appear to be both contemptuous and illegal. (Pay attention, Hillary: Revealing classified information can harm America and help our enemies figure out where it came from so they can call in the firing squad to kill our sources, so it is a big deal.)

But what do laws mean anymore, in an era when we no longer enforce them and courts rewrite them to mean something they were never intended to mean?

So here are some of the alleged “revelations” that will give the talking heads on the anti-Trump news channels something to hyperventilate about now that “Russian collusion” is deader than vaudeville.

Of course, I haven’t yet read the book, since only excerpts have been released. But my initial impression from the excerpts is that it appears to be one of those “disgruntled ex-employee” books in which the departed staffer trashes his former boss for getting everything wrong by not taking his sage advice or making decisions the way he would have (Here’s a tip. If you want a president who does everything the way you would do it, do what I did: Run yourself.)

Several of the stories are completely at odds with Bolton’s previous statements or have been flatly denied by other people he claims were in “the room where it happened” with him.

On his radio show Wednesday, Mark Levin cited several stories that don’t jibe with what he knows personally, like Bolton’s alleged opposition to Trump pulling U.S. troops from the Syrian border (a “controversial” decision that later looked pretty smart.)

Levin said he was so concerned about what would happen to the Kurds that he called Trump. To his surprise, Trump took the call in his office, put Levin on speakerphone, told his aides about Levin’s concerns and asked what they would say to him. He said Bolton replied that if he wanted to put on a uniform and go fight in Syria, he should feel free to. Doesn’t sound like he was urging Trump to keep troops in Syria.

Levin noted that even Bolton’s bio in the book is misleading, as it says he “accepted the position of National Security Adviser.” Levin said he was there at the time, and Bolton “begged for that job,” calling in every contact and favor he had to lobby for it.

Do you think the stories in Bolton’s book are credible?

Also, most of these charges read like a rehash of the same scare stories and “insider” trash-talk we’ve heard for years but that have since been debunked by reality. For instance, we were told that Trump would start World War III, and now the same critics attack him for his reluctance to send in the Marines. Bolton would have us believe that Trump thought it would be “cool” to invade Venezuela, but I don’t notice any U.S. troops in downtown Caracas, do you?

Bolton also claims Trump wanted to dump Mike Pence for Nikki Haley in 2020. Yet every rumor of him dumping Pence has been strongly refuted by Trump, who’s had nothing but praise for Pence. Bolton claims that Trump buddies up to dictators in a way no other president ever has.

Really? Has he ever sent any of them a planeload of U.S. taxpayer dollars? Bolton claims Trump was subservient to China and begged President Xi to buy U.S. farm products to help his re-election.

But as Trump later pointed out to Sean Hannity, there’s never been a president as tough on China as he has been. Besides, why would China want Trump to be re-elected when his opponent is China appeaser Joe “we own his son” Biden?

And there is apparently plenty of pearl-clutching in the book over Trump not following long-established diplomatic norms, which is a large part of the reason why he was elected in the first place.

But out in Flyover Country where Trump was elected, we saw that China was cleaning our clock and stealing our jobs, and that sending them money wasn’t making them more like us, it was just making us more dependent on them while making them better funded (and therefore more dangerous) oppressive, expansionist, totalitarian communists. If you can give someone Hong Kong and it doesn’t make them capitalists, then they are irredeemable communists.

I hate to say this, since I’ve always respected John Bolton, but this book appears to be an irresponsible betrayal of both loyalty and duty.

It will embolden the enemies of the president and our nation while making it much harder for this and future presidents to consult with advisers or speak privately with other world leaders, since the prospect of their private comments being made public by a mole with a book deal and an ax to grind will always be hanging in the background.

This book has the unpleasant smell of a deal made by a “yes” man who discovered there was more money on the “no” side.

The views expressed in this opinion article are those of their author and are not necessarily either shared or endorsed by the owners of this website.

The Supreme Court Could Cost Trump the Election