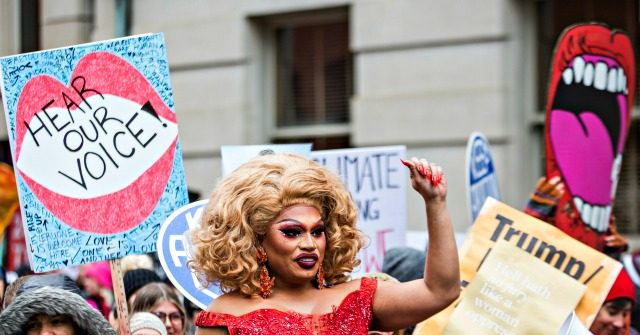 Women’s March, Inc. enjoys nonprofit status with the IRS via a 501(c)4 registration as a “social welfare organization” while it openly campaigns against President Donald Trump.

The left-wing organization’s donation page states, “2020 is the year when we’re going to finish what we started and defeat Donald Trump once and for all.” Its most recent annual report identifies its 501(c)4 registration with the IRS alongside its opposition to Trump:

Women’s March Inc. is the 501(c)4 entity established following the 2017 Women’s March on Washington, to carry out the mission of the march through programmatic support for the decentralized network of grassroots leaders, investment in building women’s political power and rapid response actions to human rights crises created by the Trump administration.

The Women’s March defines itself as an organization dedicated to opposing Trump. An “organizing toolkit” provided by the organization’s website reads, “As an organization born out of opposition to Trump and Trumpism, we support the second call from the Movement for Black Lives that #TrumpResign.”

The Women’s March 2019 Agenda for 2019, a document outlining the organization’s political mission, makes eight references to Trump, including an accusation that the president “terrorizes immigrant communities” with Immigration and Customs Enforcement (ICE).

The agenda further accuses links Trump to “racism” and accuses him of having caused “a disturbing surge in hate violence” and “fueling a palpable and unparalleled atmosphere of hate and suspicion.”

“We’re holding socially distant actions across the country to send an unmistakable message about the fierce opposition to Trump and his agenda, including his attempt to fill Ruth Bader Ginsburg’s seat,” declares the organization of its series of demonstrations on Saturday.

The IRS prohibits participation in “political campaigns” from being a 501(c)4 organization’s “primary activity.” The IRS indicates, “The promotion of social welfare does not include direct or indirect participation or intervention in political campaigns on behalf of or in opposition to any candidate for public office. However, a section 501(c)(4) social welfare organization may engage in some political activities, so long as that is not its primary activity.”