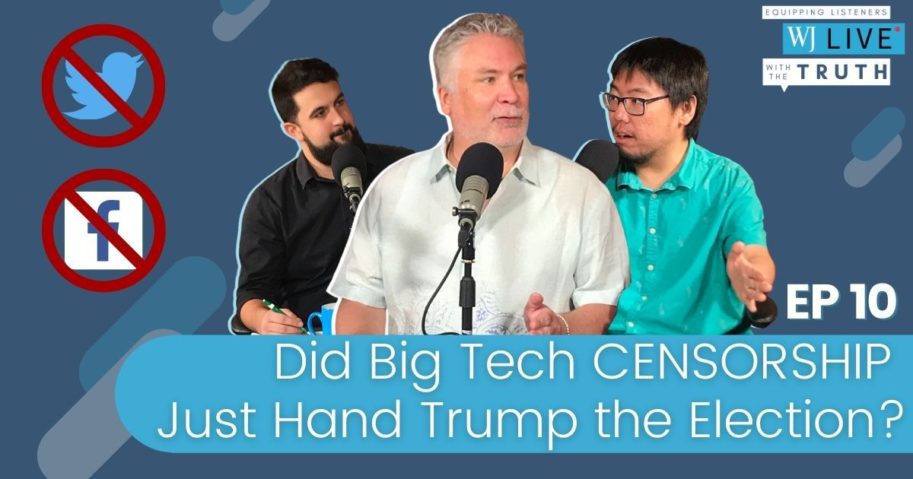 The Western Journal“WJ Live” co-hosts talk about Big Tech censorship, how polls are setting up the left to riot following the election and the dueling town halls between President Donald Trump and Joe Biden. (The Western Journal)

Don’t miss an episode of “WJ Live” by getting it delivered directly to your inbox! Subscribe to the “WJ Live” newsletter.

Big Tech is suppressing conservative voices — again — and helping the Democratic presidential candidate — again. Is national polling just a popularity contest? Will NBC be fair toward President Trump during his town hall?

Quotes from this episode:

“Everyone should be upset with NBC that they’re not giving Trump more airtime.” — Andrew J. Sciascia

“Donald Trump has his list of six or eight or 10 things that he wants to make sure he gets out to the American people tonight. And he’s going to get those things out to the American people tonight. And no matter what they ask him, no matter how ridiculous the questions are, he will do that. And he will also point out if that question is ridiculous.” — George Upper

“Part of the lie here, a part of the skillful lying on the part of the mainstream media, is that these national polls matter.” — George Upper

“It literally does not matter what the national polls say, but they’re, we shouldn’t even conduct them. We certainly shouldn’t report on them. They’re not newsworthy. They’re not helpful. They don’t predict anything. They’re sort of a popularity contest. Who cares?” — George Upper

RELATED: ‘WJ Live’: WHO Admits What Conservatives Have Been Saying for Months

Don’t miss an episode of “WJ Live” by getting it delivered directly to your inbox! Subscribe to the “WJ Live” newsletter.