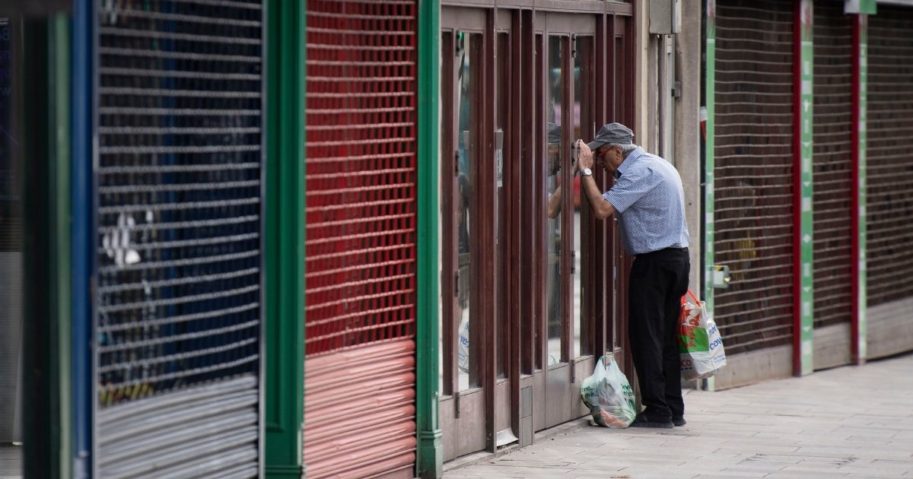 Lockdowns became a part of life for many in 2020 as governments worldwide rushed to control the spread of COVID-19.

Cities, states and entire countries have been placed under the draconian measures, with hundreds of millions forced to endure the isolation of quarantines.

Despite the damage of lockdowns, officials from the World Health Organization have continued to push for the tough measures.

One official, WHO Regional Director Takeshi Kasai, said in April that lockdowns were going to become the “new normal” until a vaccine is found.

Another, WHO Health Emergencies Program Director Michael Ryan, warned as late as July that full lockdowns were the “only option” for countries that failed to contain resurgences of COVID-19.

But now, the argument for lockdowns appears to be crumbling as the devastation caused by the measures continues to mount.

Even the WHO is starting to warn about the dangers of a forced shutdown.

“We in the World Health Organization do not advocate lockdowns as the primary means of control of this virus,” WHO’s Special Envoy on COVID-19, David Nabarro, told The Spectator.

Do you think the lockdowns have done more harm than help against the coronavirus?

Nabarro points to economic fallout around the world as proof the measures do plenty of harm themselves.

With a patchwork of differing lockdown restrictions across the world, international travel has taken a major hit. Developing economies that depend on an influx of tourist cash are seemingly some of the worst off, with local businesses now facing a virtually nonexistent travel season.

American small businesses were not spared by lockdown orders either, and now a worrying number appear to be permanently closed.

This economic devastation trickles down, harming not only those out of work but also the families who depend on them.

RELATED: We Were Right All Along: WHO’s COVID Travel Rules Were Political, Not Health-Related

The WHO envoy urged leaders to avoid overuse of lockdowns, instead of encouraging cooperation.

“Stop using lockdown as your primary control method,” Nabarro said. “Develop better systems for doing it. Work together and learn from each other.”

There is just one situation Nabarro claims justifies a lockdown, however.

“The only time we believe a lockdown is justified is to buy you time to reorganize, regroup, rebalance your resources, protect your health workers who are exhausted,” Nabarro said. “But by and large, we’d rather not do it.”

There’s no telling how much damage has truly been done by the severe quarantines. Under the guise of public safety, the restrictive measures have already ruined lives and caused a worrying uptick in mental health problems.

It may be years before we finally get a clear picture of the harm lockdowns have caused.