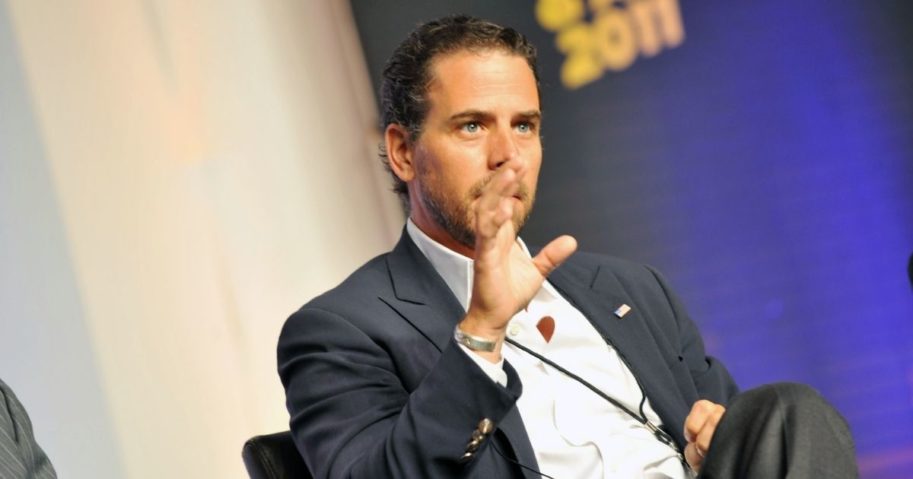 Following a bombshell story about the contents of a laptop that allegedly belonged to Hunter Biden, revelations about the shady business dealings of Democratic presidential nominee Joe Biden’s son quickly grabbed the nation’s attention.

Now, one tiny detail discovered to have slipped out with the story is hinting that an FBI investigation may have already taken a damning turn for the younger Biden, and that the biggest story yet could be unfolding before our eyes.

The detail, found in an FBI report partially published Wednesday by the New York Post, is a barely visible signature bleeding through from back side of a December federal court subpoena.

A picture of the subpoena, issued by the FBI to seize the laptop and a hard drive, has personal details redacted, but it looks like the censor missed the barely legible signature.

The signature appears to match that of FBI Special Agent Joshua Wilson, who isn’t just some bureau pencil-pusher.

In 2012, Wilson was described by The Star-Ledger, a New Jersey-based newspaper, as “an FBI agent based in New Jersey who has spent nearly five years working full time on child pornography.” (More recent news articles suggest Wilson has also worked child abduction cases.)

A child pornography criminal complaint from 2012 includes Wilson’s signature — seemingly an exact match to what was found on the December subpoena.

After an investigation, even mainstream liberal outfit Business Insider admitted that it appeared Wilson was involved in the laptop investigation.

A blank version of the subpoena form seems to further back up the original document’s veracity, as the agent’s signature matches up with the location on the blank form for the signature of the individual serving the subpoena.

Will the laptop bombshell make an impact in the 2020 elections?

Although the nature of Wilson’s apparent involvement is not yet fully known, his apparent signature on the subpoena throws another layer onto a rapidly ballooning scandal.

The alleged Hunter Biden laptop story has not been well received everywhere, with Big Tech platforms even outright censoring the bombshell revelations.

Twitter, which is now blocking the original Post story from being shared on the platform, claims that it is censoring the article because “the images contained in the articles include personal and private information — like email addresses and phone numbers — which violate our rules.”

While Twitter is arguably justified in following its interpretation of the platform’s rules, the heavy-handed censorship’s proximity to a hotly contested election is raising some eyebrows.

Twitter’s crackdown isn’t the only problem for the bombshell laptop article.

The owner of the Delaware computer repair shop where the laptop was reportedly discovered has been suspiciously inconsistent with his story. According to The Daily Beast, owner John Paul Mac Isaac did not even have a solid timeline for the eventual involvement of the FBI.

Business Insider also reported that Isaac’s statement that he “did not see child pornography” on the computer. Unfortunately, a condition affecting Isaac means his eyesight isn’t great to begin with. According to Fox News, the store owner says his poor vision is why he was never able to identify Hunter Biden as the man who originally dropped the laptop off.

Isaac’s shaky timeline and poor recollection have been used as ammunition to discredit the potentially damning leaks.

Only weeks away from the 2020 elections, it’s clear that the contents of the laptop could have a devastating impact if further linked to Hunter and Joe Biden.

However, with the election so close, there may not be a definite answer as to what exactly was on the laptop allegedly belonging to Hunter Biden before Americans head to the polls on Nov. 3.

Be Inspired by Love at a Time of Unrest, Distress, Contempt