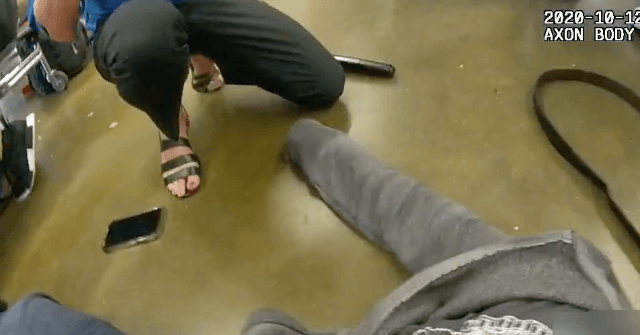 A school resource deputy is being praised for helping save a student who experienced a seizure this week in Hillsborough County, Florida.

Just before 1 p.m. on Monday, School Resource Deputy (SRD) Pedro Colon received an alert that a male student at Strawberry Crest High School was experiencing a medical emergency in the cafeteria, the Hillsborough County Sheriff’s Office (HCSO) said in a press release.

“Deputy Colon rushed approximately 100 feet to find the student seizing on the ground,” the release continued.

Bodycam footage showed the tense moment when the deputy turned the young man on his back, unzipped his jacket, and began performing CPR to try and revive him.

The HCSO shared the video to its Facebook page on Thursday.

Several minutes later, the student became alert and was able to sit up before emergency crews arrived and took him to a local hospital for additional treatment.

“Deputy Colon’s quick call to action was heroic, and had it not been for his efforts, we might be looking at a very different situation today,” said Sheriff Chad Chronister.

“This incident goes to show the importance of the CPR training all of our deputies receive. It’s a prime example of being ready to serve when called upon. I want to thank Deputy Colon for giving this student a second chance at life,” he continued.

Facebook users also praised the deputy and the school staff members on the scene for remaining calm under pressure.

“May God bless Officer Colon and the aid staff. You were pivotal to keep a kid’s life preserved and spared a family from sorrow,” one person wrote.

“Way to go Deputy Colon! I know that young man and his family are so thankful for you!” another commented.

At a press conference following the incident, the student identified as 18-year-old David Nieves expressed his gratitude to the deputy, adding, “I see him as a hero.”