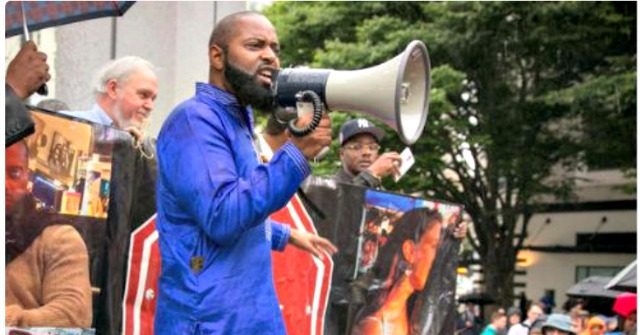 First, on September 22 came a report that the city had hired a professed pimp, one Andre Taylor, to provide “alternatives to policing.”  For this “work,” Taylor, a self-styled “Street Czar,” will be paid $150,000 a year.

We might note that in addition to his time as a pimp—and that’s not Virgil calling him that, that’s Taylor calling himself that, as he starred in a documentary entitled American Pimp—Taylor, earlier this year, reportedly tried to extract $2 million from the city of Seattle to “support” the short-lived police-free Capitol Hill Occupied Protest (CHOP) zone.  He apparently had to settle for a mere $100,000.

Oh, and back in the days when he was a pimp, some of the girls he was trafficking were reportedly underage.  So Virgil is willing to hazard a guess that Taylor might not prove helpful for keeping Seattle safe.  As Taylor said of himself earlier this year, “I was born from the streets; I come out of the deep darkness.”  Yet now, supposedly, he’ll be a shining star of Seattle law enforcement.

Then, secondly, on September 24, came the news that the Seattle City Council had voted 7:2 to override Mayor Jenny Durkan’s veto of a bill that would cut police funding this year by $3 million.  The measure would eliminate the positions of as many as 100 police officers.  Moreover, the council declared that this bill was a just a “down payment” toward cutting the department in half, perhaps as soon as next year.

What’s going on with these two stories?  Have the leaders of Seattle, most of them, lost their minds?  The short answer is a simple “yes.”  On October 5, the just-resigned police chief, Carmen Best, a black woman, criticized the council’s move, calling it “reckless.”

After all, folks in Seattle should know that we’ve had experiments in de-policing in other big cities, and they haven’t turned out well for anything but the criminals.  For instance, in New York City, crime has doubled in the last year; in Chicago, every week, residents are assaulted by news of more carjackings, shootings, and killings; and in San Francisco, burglary goes unpunished.

So if the cops aren’t walking the beat in Seattle—and if the pimps are rolling in their place—why should the fate of the Emerald City be any different from that of New York, Chicago, or San Francisco?

Yet the longer answer as to why Seattle is doing this to itself tells us something about the class dynamics of power in the U.S. today.

The Rich and the Poor Against the Middle

That longer answer about Seattle’s behavior is that it fits a familiar pattern, which can be summed up like this: The rich naturally prefer to make an alliance with the poor to crush the middle class.

That is, the rich would rather deal with the poor, who are easier to buy and manipulate, than with the middle class, which has its own stubborn ideas about the way things ought to be.

This phenomenon is made visible in the relationship between, say, billionaire George Soros and street czar Al Sharpton.  Virgil has no idea if the two men have ever met in person to strategize, but Soros has given away tens of billions of dollars in “charity,” mostly, of course, to left-wing activist groups, including those that have helped elect turn ‘em loose district attorneys in cities, including now- crime-plagued Chicago and San Francisco.  Thus it’s a cinch that Sorosian gravy has poured into Sharpton’s train.  And in any case, both Soros and Sharpton support Democrats and left-wing causes; they are, for sure, allies.

So if the high and the low are together, what about the middle?  Well, the middle class, you see, tends to be different from those above and below.  The middle class tends to have moderate, even conservative, values, including the honoring of family, tradition, duty, and patriotism.  After all, the middle class has achieved its status by forming stable families, working hard, and embracing bourgeois values—and thus it has deep stake in a normal order that reinforces those values.

Furthermore, it’s the middle that produces the men and women who protect and enforce societal virtues—namely, soldiers and police officers.  Yes, there are a few rich kids at Annapolis, or at West Point, or at the police academies, and there are some young people, too, who are up from poverty—but not many.  What’s common in these uniformed professions are the sons and daughters of working people. And they enter these professions, at least in part, to uphold order and a generally centrist or conservative worldview.

Yet from the point of view of the rich, such “normal” values are a hindrance, a buzzkill.  Perhaps even worse, they are a living reproach to those who wish to enjoy all the hedonism that money can buy.

After all, much of the fun of being rich is being able to do whatever one pleases—that’s why Hollywood, for example, is the way it is.  And the Jeffrey Epstein case reminds us that the if-it-feels-good-do-it mindset has crept into far more plutocratic precincts than just the entertainment world.  Yes, Epstein ultimately came to a bad end, but all his clients are free as birds, still flitting through the upper branches of society.

Speaking of free birds at the pinnacle, we can illustrate this mindset with an anecdote from Soros’ own life.  A decade ago, one Adriana Ferreyr, then in her late 20s, alleged that Soros, then in his 80s, had promised to buy her a $2-million apartment on Manhattan’s Upper East Side—and then when Ferreyr challenged Soros to deliver on his promise, he wasn’t so nice.  As one account put it:

In August 2010, as the pair were lying in bed together, Soros told her he was giving the two-bedroom apartment to another girlfriend, whom he later married. That led to a dispute in which the former actress claims Soros struck her and grabbed her by the throat.

Today, Soros has prevailed legally, although a look at Ferreyr’s Twitter feed suggests that she still feels plenty aggrieved.

Yet nothing about Soros’ behavior cost him any standing with his fellow fatcats; in the moneyed empyrean, he’s still a man of respect.  Indeed, in 2013, he married for a third time, to a woman more than four decades his junior; the wedding was attended by a bevy of bold-faced names from the financial, political, and cultural heights—everyone from the president of the World Bank to U2’s Bono.

So that’s how the rich see things: It’s one big soirée at the top.  Indeed, from the perspective of Manhattan or Beverly Hills, the middle class is just a bunch of squares and dullards—although, of course, the rich always hope that the most attractive children of the middle can be recruited or seduced into servicing their wishes.

Okay, so now to the poor.  Typically, the poor live a life so chaotic that they have little ability to regulate behavior, be it their own, or anybody else’s.  Yes, there are plenty of God-fearing, law-abiding, poor people, and yet their oftentimes valiant efforts at maintaining decorum are frequently undone by neighboring sons, and daughters, of anarchy.  And that’s why the ‘hood is the ‘hood.   In America today, the poor aren’t hungry, and most don’t even lack for cell phones—their impoverishment is measured by bad choices and short life expectancies.

So we can see: From their very different vantage points, the rich and the poor share a similar attitude toward letting the good times roll.  To be sure, there are differences; the rich a) can afford more good times, b) can hire lawyers and therapists to help them evade or undo the consequences of their actions, and c) will likely still be rich when the parties are over.  In the meantime, when the poor seek to enjoy life too much, they are likely to end up even poorer, or in jail—or dead.

Again, what unites the rich and the poor is that shared contempt for the middle—and in many places, that’s enough to make for a pincering, and winning, political coalition.

So now we’re starting to see why Seattle is doing what it’s doing.  The rich in Seattle—all those tech plutocrats, and the woken wannabes who serve them—see the police as boring boors.  (And yes, too, as racist, sexist, homophobic, transphobic, etc.)

At the same time, the rich look upon the likes of Andre Taylor as the epitome of badass cool.  Yes, he was a a pimp, but “pimp” is a middle-class term of disapproval; the rich prefer to call them “sex workers,” which is fully approving.

Indeed, one way or another, most fatcats, thinking like a Soros, are happy to indulge in the fleshly pleasures—and why not?  In their minds, they’ve got their fortune, and so why shouldn’t they be able to do with it as they damn well please?

For their part, the Andre Taylors of the world are happy to have the approval of the rich—but they’re even happier to have their money.  So that’s the deal: The rich slough  off money they don’t need, and the poor soak it up.

Still, to some of a middle-class turn of mind, it must seem abnormal to subsidize non-law and disorder.  However, nobody ever said that the rich were normal.  Indeed, “normal” is one of those concepts created by the middle class, which mostly prizes normalcy and mostly rejects freaky.  After all, there’s nothing like having to get up in the morning to keep you on a relatively narrow path.

In the meantime, what we see, all around us, are the exotic ideologies of the rich, most of which celebrate an adversarial stance toward the normal middle.

To put it another way, extreme ideology is the ultimate luxury good. If you’re really rich, you can afford to not only do whatever you want, you can think whatever you want, and maybe turn that into an ideology that will feed your ego, and maybe make you famous.    And if those beliefs cause damage, you can hire someone to clean it up—or  just relocate to one of your other homes.

So in Seattle and elsewhere, it’s a suites/streets alliance.  Soros & Co. come from the top, Taylor and Sharpton come from the bottom—and they meet at a battlefield to confront their  common enemy: the middle class.  And the police, that emblem of the middle, are first on the chopping block.

Thus the experiment in Seattle will now begin. Will it be a success?  That depends on what is meant by “success.”

If “success” means that Seattle will be a nice place for middle-class families, then of course it won’t work—because normal people don’t want their children to be around pimps.  But if “success” means that abnormal people—such as Seattle’s ex-mayor–can feel good about themselves as they do what they want to do, then Seattle will be rated, by some, as highly successful.

Yes, Seattle will be a freak show, but as we have seen, the high and the low share a love of freaky.