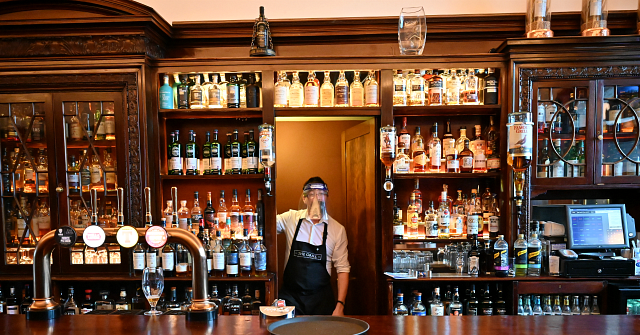 LONDON (AP) — Mayors representing big cities in northern England have slammed the British government’s latest wage support package for employees in businesses that may be ordered to close as part of efforts to suppress local coronavirus outbreaks.

In a virtual press briefing Saturday, the opposition Labour leaders of the metropolitan areas around Liverpool, Manchester, Newcastle and Sheffield sounded the alarm about the economic hardship their cities are likely to face.

The four leaders vented their frustration at what they consider to be the Conservative government’s secretive and top-down approach to decision making and criticized a failure to provide the scientific reasoning behind anticipated changes to lockdown restrictions.

“The north of England is staring the most dangerous winter for years right in the face,” said Andy Burnham, the mayor of Greater Manchester, a region with a population of more than 2.5 million. “We will not surrender our constituents to hardship nor our businesses to failure.”

Prime Minister Boris Johnson is on Monday expected to back a new three-tier local lockdown system, which could see hospitality venues in coronavirus hotspots in England being temporarily closed. Though new coronavirus infections are rising throughout England, cities in the north have seen the most acute increases. Pubs in Scotland’s biggest cities, Glasgow and Edinburgh, have already had to close for 16 days.

Ahead of that announcement, Treasury chief Rishi Sunak revealed on Friday details of a new financial support package that will see the government pay two-thirds of the salaries of workers in companies that have to shut up shop.

As unemployment spikes fast, it’s a huge mistake to wrench open millions more UK jobs to global recruitment (as the points based system would do)

Under the terms of the package, the government will from Nov. 1 pay 67 per cent of the salaries of workers who won’t be able to work, up to a maximum of 2,100 pounds ($2,730) a month. Sunak also said cash grants for businesses required to close will be increased to up to 3,000 pounds a month.

A more generous nationwide program will expire at the end of October, having already cost the government nearly 40 billion pounds. At the height of that program, the government paid 80 per cent of the salaries of furloughed workers, keeping a lid on unemployment.

Jamie Driscoll, the mayor of the metropolitan area in and around the northeastern city of Newcastle, said the new package was “unacceptable,” not least because it doesn’t include workers in firms that aren’t closed but would still be directly impacted by any government-sanctioned closures. He noted that an order for pubs to close will hit everyone from drinks suppliers to stand-up comedians unable to ply their trade.

Steve Rotherham, the mayor of the Liverpool City Region, said he expected his area to face the highest level of restrictions from next week.

As elsewhere in Europe, the pandemic in the UK is at a crucial point, with infection levels — and deaths — rising at their fastest rate in months. Without action, there are fears that hospitals will be overwhelmed in coming weeks at a time of year when they are already busy with winter-related afflictions.

The UK as a whole has suffered Europe’s deadliest outbreak, with over 42,600 deaths.