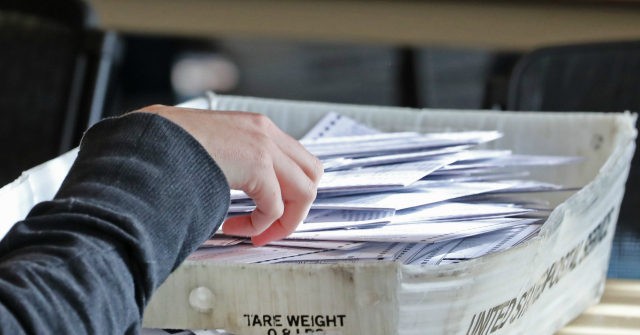 Two Pennsylvania postal employees face federal charges following the discovery of piles of mail in the garbage in recent days.

Sean Troesch, 48, and James McLenigan, 29, have been charged in two separate criminal complaints with delay or destruction of mail by a postal employee, according to U.S. Attorney Scott W. Brady. No mail-in ballots were found among the discarded mail, but two requests for mail-in ballots were recovered.

If convicted, each man could face a maximum term of imprisonment of five years in prison, a fine of $250,000, or both.

“During this election season, the integrity of the mails is more important than ever,” a statement by Brady reads. “When any public employee, including a mail carrier, violates the law, we will respond quickly. These carriers each attempted to destroy mail, including both political advertisements and an application for a mail-in ballot. Anyone who would obstruct or delay United States mail that includes election-related materials should know that the Department of Justice will take quick, efficient action against them.”

Troesch and McLenigan have been suspended from their jobs without pay.

The issue of mail dumping has sparked concerns regarding the safety of voting by mail as millions cast their vote via mail-in ballot in the upcoming presidential election. Leading Republicans, including President Donald Trump have repeatedly sounded the alarm on potential voter fraud.

“The 2020 Election will be totally rigged if Mail-In Voting is allowed to take place, & everyone knows it,” the president has tweeted. “So much time is taken talking about foreign influence, but the same people won’t even discuss Mail-In election corruption.”