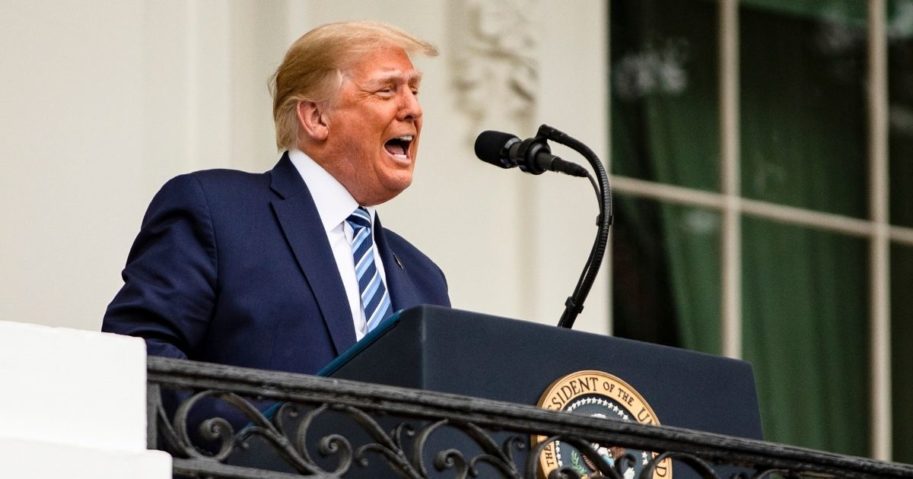 President Donald Trump on Sunday teased the release of information related to the Russian investigation, which he described as “breathtaking.”

The Office of the Director of National Intelligence, Justice Department and FBI have declassified a slew of documents related to U.S. agencies’ intelligence-gathering activities against Trump and his associates in 2016.

Several of the documents were related to the Steele dossier, which the FBI used to obtain surveillance warrants against former Trump campaign aide Carter Page.

Trump did not specify which documents will be declassified. But he said on Tuesday in another Fox News interview that he had ordered the “total” declassification of documents related to what he called the “Russia hoax.”

“Other documents are going to be released … which are breathtaking,” Trump told “Sunday Morning Futures” anchor Maria Bartiromo on Sunday.

“Wait until you see what’s coming out. Breathtaking,” the president said.

Asked whether the documents are about the FBI or Hillary Clinton, Trump responded, “It’s about everything.”

RELATED: Bombshell Report: Comey Had It in Writing That Hillary Was Behind Trump-Russia Smear

“We have found things that nobody can believe,” he said, adding later that “people are shocked” by the information awaiting declassification.

“We caught them cold. We have them cold,” Trump said.

On Tuesday, Director of National Intelligence John Ratcliffe declassified CIA documents that showed that the spy agency obtained intelligence in July 2016 that Hillary Clinton had authorized a plan to link Trump to Russia’s hacking of Democrats in order to distract from the ongoing scandal involving her private use of an email server.

The details of the intelligence remain classified, making it difficult to know whether the intelligence about Clinton was accurate. Clinton’s campaign did hire the opposition research firm that hired Christopher Steele, the former British spy who compiled the anti-Trump dossier.

Are you excited for the documents to be released?

Congressional Republicans have recently called on Ratcliffe and Trump to declassify other documents related to the FBI and CIA’s Trump-related activities.

Content created by The Daily Caller News Foundation is available without charge to any eligible news publisher that can provide a large audience. For licensing opportunities of our original content, please contact [email protected]