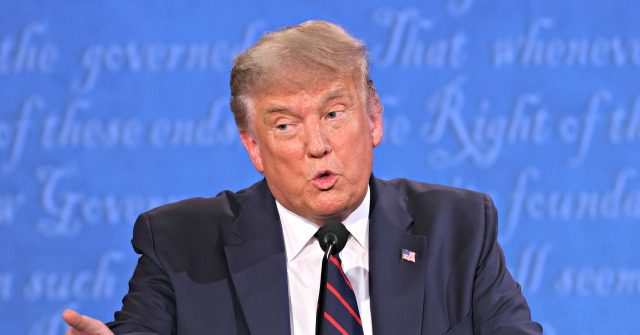 He said he was not “wasting” his time with a so-called virtual debate.

TRUMP: No, I am not going to waste my time on a virtual debate. That is not what with debating is all about. You sit behind a are computer and do a debate. That’s ridiculous. And then they cut you off when every they want. I have a host who I felt was a nice guy. But I see he is a “Never Trumper,” you know — it came out that he is a “Never Trumper.” We do have some of them, Maria, believe it or not because they don’t —

BARTIROMO: So you just learned this morning?

TRUMP: Yeah, we learned the same way you learned it will they called up, two minutes ago, and it was announced.