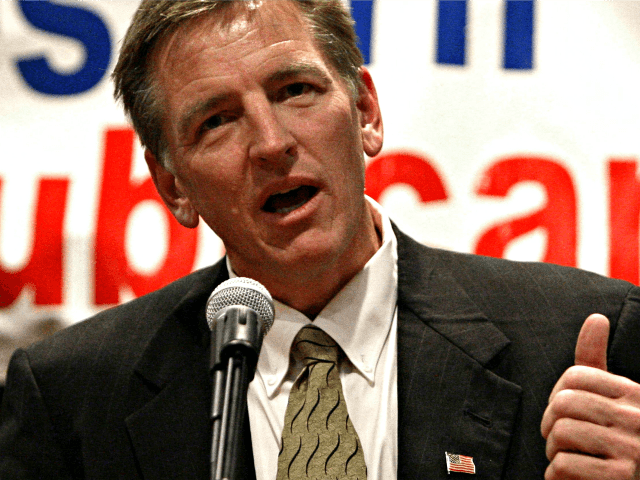 Republicans are warning that average Americans will suffer drastic consequences if Democrats win control of the executive and legislative branches in November and sign into law current proposals to pack the Supreme Court with additional justices, nominated and confirmed based on their partisan commitment to progressive ideology rather than the Constitution.

Rep. Paul Gosar (R-AZ) told Breitbart Washington political editor Matt Boyle on Sirius XM’s Breitbart News Tonight Tuesday that the consequences of Democrat proposals to pack the Supreme Court would be devastating to the lives of average Americans and pointed to the overreach of government during the coronavirus pandemic as a preview of what the country could look like if the Democrats succeed with their court packing schemes.

“We are currently going through that experiment, called the COVID experience. The socialism aspect of it, where the government tells you who you can see, when you can see,  where you can buy your food,  what medications you can take, where you can go and how you can get there ,” Gosar told Boyle.

“The reason they don’t want to talk about it is they don’t want to confirm that is there intent. They fully intend to do that, as [Democrat Senate Minority Leader] Chuck Schumer said. He said ‘nothing is off the table if they win after this.’ … If they did pack the courts, if they did make D.C. and Puerto Rico states, then what would happen? What policies would be implemented, and most importantly, what effect would that have on people’s lives?” Boyle asked.

Gosar provided several examples of policies that would likely be approved by a Democrat packed Supreme Court, and their impact on average Americans.

“They’ve backed programs like the OPT program, the Optimal Practice Training Program, where big companies are given benefits of not having to pay withholding taxes on medicare and social secruity, yet these people will be eligible for it. Talk about double-dipping,” Gosar added.

The Arizona Republican want on to add that “government will run everything.”

From housing, so if you live in a nice neighborhood or suburbs, the government will tell them where they have to put Section 8 housing.  Next door to you.The most prime lots. . .

It’s micro-engineering all across the board. . .

The government’s going to say we know what’s best for you, and this is how it’s going to become.

“Life as we know it ends. Ends. The republic is gone. Because we’ve been seeing the destruction of the rule of law,” Gosar concluded.

“This was the most incredible part of the Biden-Trump debate last week, when Joe Biden refused to come out and say that he would be against court packing. That should be a wakeup to every voter in this country,” Banks told host Boyle.

If Democrats win the White House and they win a majority in the Senate and they do away with the filibuster this is exactly what they are going to do.

If they grow the size of the Court and pack it with younger liberals who are going to be around for a long time, it will all together do away with the legislative body of government. It means that your vote when you elect your representative, when you elect your senator, will be moot. It will be irrelevant. Your voice will be irrelevant, because the Court will be making law rather than the legislative body that you elected to be your voice.

It doesn’t matter whatever issue it is, we would be empowering the judiciary to take over the reins of our government and become a ruling class of men and women in robes who will decide the laws for us, rather than our elected representatives.

Nikole Malliotakis, a member of the New York State Assembly and the Republican candidate for the 11th Congressional District in New York, weighed in on that same theme on Tuesday.

“They’re going to transform this nation for the worse ” if the left wins this battle and packs the Supreme Court, Malliotakis told Boyle on Tuesday:

When you’re just looking at what they’re trying to push, they want to release all the criminals, they don’t want to do anything to protect victims, they want to raise the taxes, they’re going to make you pay for it.

The topic of court packing will likely be an important issue addressed in the vice presidential debate Wednesday evening between Vice President Mike Pence and Senator Kamala Harris (D-CA).

You can listen to the Breitbart News Tonight interview with Rep. Paul Gosar here: