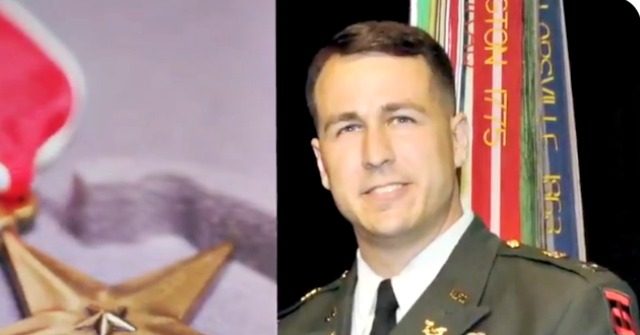 Progressive veterans group VoteVets has stayed silent on Army Reserve Lt. Col. Cal Cunningham, a candidate it has endorsed for the U.S. Senate seat in North Carolina, after revelations last week he engaged in at least one extramarital affair.

Cunningham, a 47-year-old married father of two, has apologized for the affair, which was with a younger Army veteran’s wife, 36-year-old public relations executive Arlene Guzman Todd.

Breitbart News contacted the group on Thursday and Friday to inquire whether it still endorsed Cunningham but did not receive a response.

The group announced its endorsement of Cunningham, a military judge advocate general (JAG), with fanfare on June 19, 2019. The group said in a statement, “Cal is someone with a strong moral compass.”

The group enthusiastically promoted his campaign in February, announcing it was buying $1.56 million in campaign ads.

DC Republicans are trying to beat progressive veteran, @CalforNC in the #NCSenate primary, by backing his primary opponent. They know Cal will beat Thom Tillis. But we’ve got Cal’s back, with this $1.56 mil ad buy. pic.twitter.com/Q4zKGpZjAi

In March, the group congratulated him on his primary win, calling him “VoteVets-endorsed.”

Congratulations to VoteVets-endorsed Army veteran @CalforNC on his victory in North Carolina! Cal will stand up to Donald Trump and Republicans to protect healthcare for North Carolina veterans – and all North Carolinians. #NCsen pic.twitter.com/m8TGef7b2Z

In September, the group shelled out another $2.7 million in ads.

Kicking off our fall spending with a $2.7 million ad buy, we’re here to let you know that it’s clear Thom Tillis is only out to serve one thing first — himself.@CalforNC is ready to serve the people. #ncsenate pic.twitter.com/LHPiu38kZO

After the affair revelations, a fundraising event scheduled with Army combat veteran Sen. Tammy Duckworth (D-IL) was canceled, and Cunningham has largely avoided the press and speaking about the affair.

On Friday, Cunningham did his first press conference since the revelations. He was asked four times by four different local journalists if there were more women he had affairs with, and he declined to answer all four times.

An extramarital affair is a violation of the Uniform Code of Military Justice (UCMJ).

The U.S. Army Reserve said Wednesday it is investigating the matter.

Cunningham is running against incumbent Sen. Thom Tillis (R-NC), in a race where Democrats hope to flip in their bid to regain control of the Senate in November.

How Nas inspired Jalen Rose to embrace his flaws