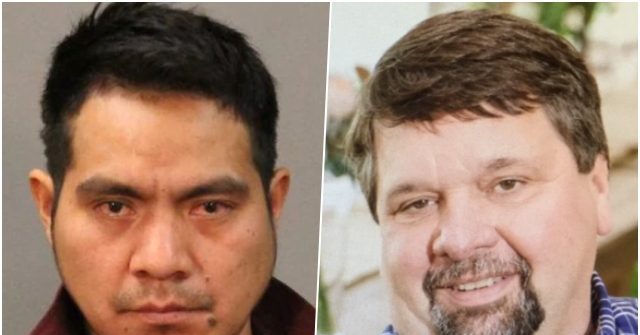 A previously deported and released illegal alien has pled guilty to killing an upstate New York father of three in a drunken hit-and-run crash last year.

Heriberto R. Perez-Velasquez, a 31-year-old illegal alien from Guatemala, hit and killed 59-year-old Mark Knapp in Weedsport, New York, on November 10, 2019, as Breitbart News reported. Knapp was thrown from his tractor that he had been driving when a drunken Perez-Velasquez hit him.

Knapp died on the scene as Perez-Velasquez, who was driving without a license, fled. Knapp, a father to three children, husband, and grandfather, was a retired electrician and belonged to the IBEW Local 43 union.

In the case, Perez-Velasquez was the beneficiary of New York’s bail reform law that releases accused criminals, including those charged with violent crimes, without bail, back into communities.

A month before the deadly hit-and-run, Perez-Velasquez was released by Wayne County, New York, officials and not turned over to the Immigration and Customs Enforcement (ICE) agency after he was arrested for drunk driving.

In that drunk driving case, police said Perez-Velasquez ran from officers but was eventually caught and charged.

Wayne County officials confirmed that Perez-Velasquez was not turned over to ICE due to a series of legal complications, and instead was given an order to appear in court.

ICE officials confirmed that Perez-Velasquez was previously arrested by Border Patrol agents in May 2007 after illegally crossing the United States-Mexico border. He was almost immediately deported back to his native Guatemala, but he returned to the U.S. on an unknown date and settled in New York, which has a statewide sanctuary policy shielding illegal aliens from arrest and deportation.