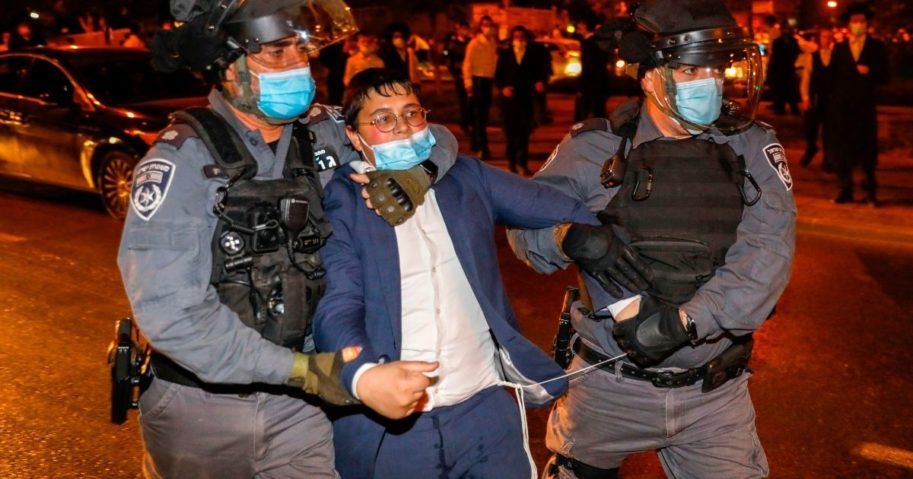 Clashes also erupted in Modiin Ilit, an ultra-Orthodox settlement in the West Bank.

Police said they ordered people to leave a synagogue before being attacked with stones and fireworks. Four police officers were wounded and seven people were arrested, police said.

Israel went into a second nationwide lockdown last month after developing one of the worst outbreaks in the world per capita. The country currently has around 60,000 active COVID-19 cases.

Israel, with a population of 9 million, has reported a total of more than 270,000 cases and more than 1,800 deaths since the pandemic began.

Late Tuesday, the government decided to extend a state of emergency for another week, until Oct. 13.

The emergency measures require that people stay within 1,000 meters of their homes except for essential services and restrict both protests and religious gatherings.

Do you think Israel’s coronavirus restrictions are reasonable?

Protesters have been holding regular demonstrations against Prime Minister Benjamin Netanyahu for months, calling on him to resign over his trial on corruption charges and criticizing his government’s handling of the pandemic.

Netanyahu and his supporters say the restrictions on protests are necessary, while critics accuse him of trying to muzzle dissent.

Ultra-Orthodox leaders, who are key political allies of Netanyahu, had earlier accused the government of singling out their community by limiting religious gatherings while allowing the outdoor protests to continue.

Protesters held dozens of small demonstrations across the country late Tuesday. Demonstrators scuffled with police during a larger demonstration in Tel Aviv when they tried to stage a march through the city.