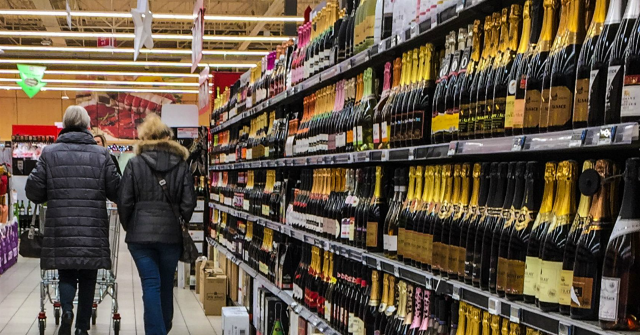 A Muslim woman in the French city of Reims ransacked the liquor area of a supermarket for the second time in under a month, causing even more property damage than the first incident.

The first attack took place on September 16th at a Spar supermarket in the Croix Rouge area of the city at around 6 p.m. and saw the woman smash bottles of liquor before she was eventually arrested by police and taken for psychiatric evaluation.

On Thursday, the woman returned to the same supermarket and began again smashing hundreds of liquor bottles and allegedly explaining to witnesses that her religion, Islam, forbids alcohol. She also said she suffered from mental problems, L’Union reports.

“I was outside the door when I heard the sound of broken glass,” local resident Salah Byar said.

“I turned around and saw this woman throwing bottles everywhere. I wanted to come in to calm her down but an employee asked me out because I was in danger of getting hit.”

Another witness added: “She also told us that she broke the bottles because her religion forbids drinking alcohol. It’s nonsense to say that. We are not in a Muslim country but I did not dare to make the remark to her because I was afraid that it would make her angry when we had managed to calm her down.”

The two attacks come two years after a man and his son were beaten by a group of men in the Belgian city of Antwerp after sitting down on the terrace of a Halal restaurant while drinking beer. Both of the men required hospitalisation after the attack.

In 2016, a similar attack took place in France when a group of Muslim men attacked a waitress in a restaurant for serving alcohol during Ramadan, despite the fact the waitress herself was not a Muslim.

Women Across France Assaulted for Wearing Skirts in Public https://t.co/TfnzNOj8jm