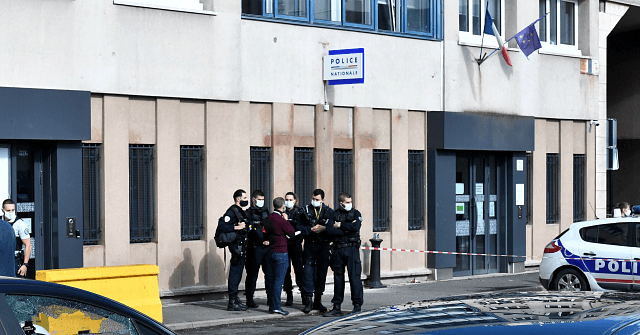 It was the latest action among numerous attacks against police officers, and sometimes firefighters, that Interior Minister Gerald Darmanin says are a sign that France is growing “savage.”

Last week, two police officers in civilian clothes were pulled from their vehicle in a Paris suburb and shot multiple times with their own guns. One officer remains in serious condition.

In the early hours of Sunday, a large gang showered the police station in a housing project in Champigny-sur-Marne, east of Paris, with fireworks and other projectiles, Paris police headquarters, in charge of the region, said in a tweet. Attackers also used metal bars to smash five police cars, the newspaper Le Parisien reported, quoting police officials who estimated that there were 40 attackers. Three windows of the station were broken.

The attack with fireworks lit up the area. Fireworks have been increasingly used by gangs to head off police in neighbourhoods known for drug trafficking. Firefighters on rescue missions also come under attack.

“The little bosses impress no one and don’t discourage us in our fight against drugs,” the interior minister tweeted, saying an investigation was underway. It wasn’t immediately clear if there had been arrests.

Investigators were still trying to find the three men who shot two police officers last week after pulling them from their car and disarming them in an industrial section of the town of Herblay, in the Val d’Oise north-west of Paris.