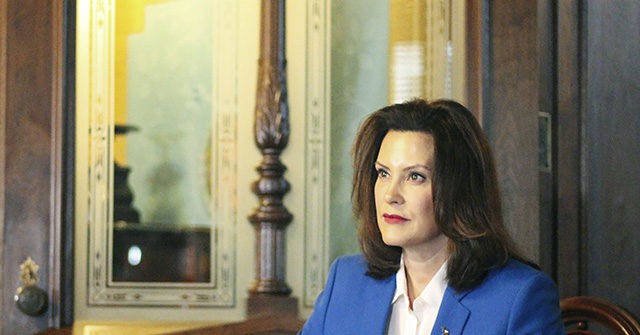 Sunday on CBS’s “Face the Nation,” Gov. Gretchen Whitmer (D-MI) declared her state would not be held to any “artificial deadlines” with regards to announcing the results of her state’s November 3 election outcomes.

She accused those of seeking those so-called “artificial deadlines” of having political agendas.

“I will start with this,” she said. “Jocelyn Benson, our secretary of state, is a national expert when it comes to election law. She has said, we are going to get every vote counted, and we’re going to keep people safe as they go to vote. We’re working closely with our attorney general, Dana Nessel, who has been a fierce advocate of protecting people’s right to vote. And we’re all working in a coordinated fashion. Michigan will be able to announce results, but we are not going to have artificial deadlines set by people with political agendas.”

“We’re going to get this right,” Whitmer continued. “It will be soon after polls close. I’m not going to put a number on it, but we’re going to get it right. And I want to remind Michiganders, you can vote today. You can go into your clerk’s office and cast your vote today. So, every day between now and November 3 in Michigan is Election Day. And the more people that vote earlier, the more likely you’ll be safe and get counted.”