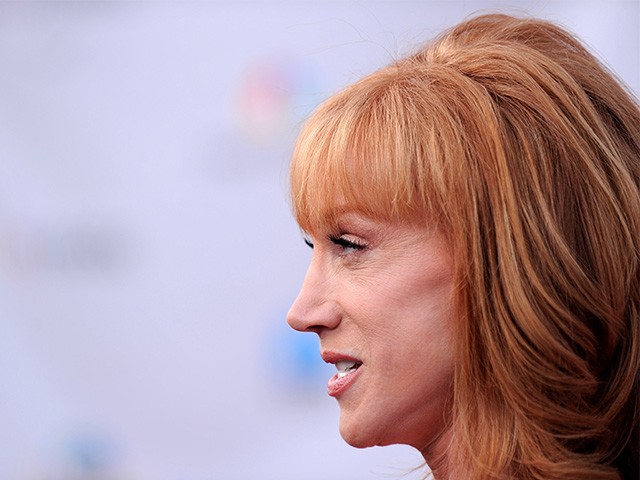 Griffin, who rose to infamy after posing with a replica of President Trump’s bloody, decapitated head in 2017, later added that she was “patiently waiting for trump’s coma to commence.”

Despite Griffin’s ill-will, President Trump has been recovering from the Chinese coronavirus after testing positive for the virus over a week ago. On Friday, the president revealed that he was “medication-free.”

“Right now I’m medication free – not taking any medications as of probably eight hours,” Trump said. “I am medication free, which frankly makes me feel good. I don’t like medication.” He told Fox News contributor Dr. Mark Seigel on Friday that he felt both “really good” and “really, really strong.”

On Thursday, Trump revealed his plans to resume his campaign rallies, hoping to hold one as early as Saturday.

“I think I’m going to try doing a rally on Saturday night if we can — if we have enough time to put it together. But we want to do a rally probably in Florida on Saturday night,” he told Hannity on Thursday. “I might come back and do one in Pennsylvania in — the following night. And it’s incredible what’s going on. I feel so good.”

He is expected to deliver a speech from the White House balcony on Saturday and hit the campaign trail in Florida on Monday.

Paranoia and finger-pointing in Trumpworld as election approaches

Paranoia and finger-pointing in Trumpworld as election approaches