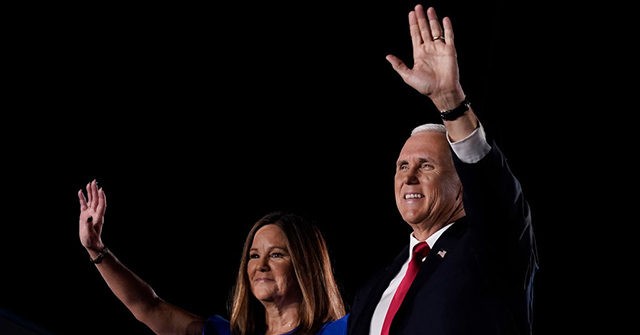 According to Kara D. Brooks, the second lady’s spokesperson, both campaigns had agreed that the moment would be maskless.

“Second lady Karen followed an agreement established between both campaigns prior to the debate,” Brooks said in a statement to The Hill. “Both sides agreed that the spouses would remove their masks when they walked onto the stage at the end of the debate.”

Pence faced immense blowback from Democrats and establishment media, including the New York Times, which clipped the moment and shared it to Twitter.

Watch: Karen Pence, the wife of Vice President Mike Pence, appeared to flout safety rules for the #VPDebate by appearing onstage without a face mask.

According to the Times, Pence “appeared to flout safety rules for the #VPDebate by appearing onstage without a face mask.”

Both Mike and Karen Pence tested negative for the coronavirus on Wednesday before the debate, a week after President Donald Trump and first lady Melania Trump contracted the virus.