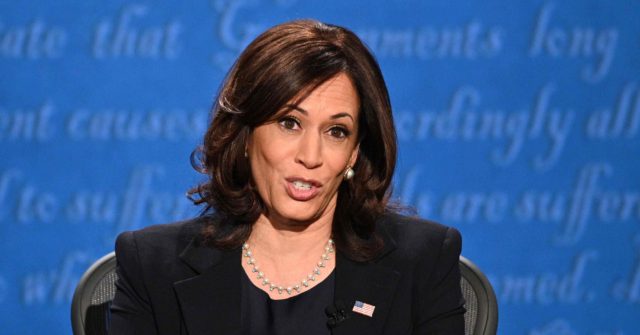 Sen. Kamala Harris (D-CA) refused to answer a direct question from the moderator at the vice presidential debate on Wednesday about whether she and Joe Biden supported the Green New Deal.

Harris proceeded to talk for two minutes without answering the question.

Instead, she denied that Biden would ban fracking (he said he would, several times). She then claimed Biden would create jobs in “clean energy and renewable energy” because he understood the impact of climate change. She claimed that fires in California and floods in Iowa were the result of climate change (a claim that scientists have not made, though they say such events could become more frequent).

She said that then pledged that under a Biden/Harris administration, the U.S. would re-enter the Paris Climate Agreement. She also described other elements of Biden’s climate change policy.

But she never mentioned the Green New Deal.