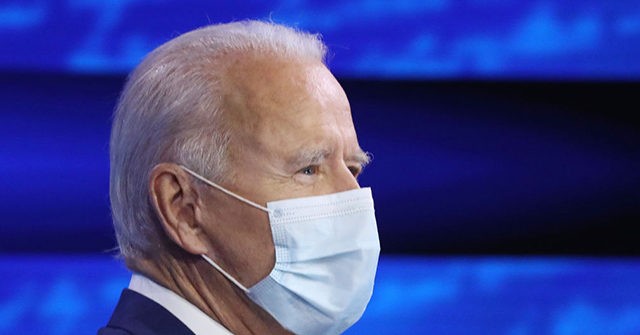 Democrat presidential hopeful Joe Biden admitted that his 1994 crime bill was a “mistake” during a televised town hall on Thursday.

“In the meantime, an awful lot of people were jailed for an awful lot of minor drug crimes … was it a mistake to support it?” town hall moderator George Stephanopoulos asked.

“Yes it was. But here’s where the mistake came. The mistake came in terms of what the states did locally. What we did federally, we said — and you remember George, it was all about the same time for the same crime,” Biden said, explaining that he “took some really brilliant lawyers working for me in the judiciary” and “did a study and we determined what happens for the first, second, third offense for any crime in the criminal justice system at the federal level.”

“If you’re a black man, it’s the first time you commit robbery, how long would you go to jail,” he said, explaining that they did a comparison to white men for a variety of criminal offenses.

“Every single solitary maximum was reduced in there but what happened was, it became then, same time for the same crime,” he continued, adding that “black folks went to jail a lot less than they would have before, but it was a mistake.”

“Yes,” Biden said, but only if they are “involved in community policing, not jump squads.”

The former vice president added that he would, as president, organize a national study group comprised of cops, social workers, and black and brown community members in the hopes that they “come up with significant reforms that need to take place within communities.”

Cops attacked with fireworks during violent night in Washington, DC

Cops attacked with fireworks during violent night in Washington, DC