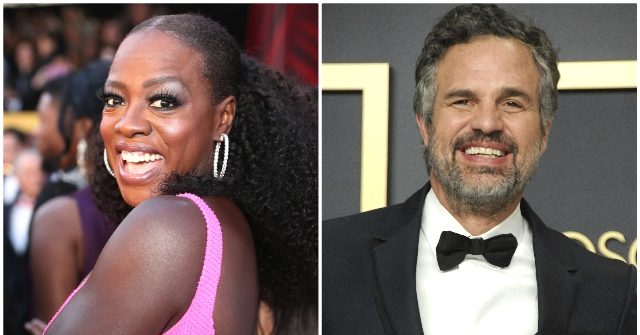 Hollywood celebrities gushed all over Sen. Kamala Harris (D-CA) during Wednesday’s vice presidential debate as the Democratic hopeful sparred with Vice President Mike Pence. The stars lined up to cheerlead for the Democratic presidential ticket, fawning over Harris alleged “intellect, temperament, and experience.”

Actress Debra Messing tweeted that Harris “has the intellect, temperament, and experience to lead.”

Kamala Harris has a 20-year record of public service as a prosecutor, District Attorney, Attorney General, and Senator. She has the intellect, temperament, and experience to lead. #Kamala4VP #Debates2020 #WeHaveHerBack

Mamala whooped dat ass! Im begging “Michael Pence”to use alllll that extra time to actually answer a question. Wait! Did I say Mamala?! I mean Kamala!! Kamala Harris! I know her name! Mamala wasn’t a Freudian slip or anything!😳…Oh C’mon!ὢYou’re all thinking it!

John Cusack echoed the “Mamala” sentiment in not so many words, praising Harris as the “adult” in the room.

Actress Viola Davis gushed: “Behold the power, the unyielding power, compassion, empathy, vision and ownership of that who is WOMAN and who is BLACK.”

Behold the power, the unyielding power, compassion, empathy, vision and ownership of that who is WOMAN and who is BLACK.

“I am a WILD WOMAN. It would take a warrior to tame my spirit”. -Anonymous

When Kamala says, “Mr. Vice President, I’m speaking,” all the hair goes up on the back of my neck. She is a BAD ASS. #VPDebate

Mark Ruffalo pushed the narrative that Harris won the debate, while making the dubious claim that she had only a “fraction” of the speaking time.

The best thing about tonight was seeing @KamalaHarris crushing Mike Pence with only a fraction of the time speaking.#KamalaHarris #kamalawon

If you have a prexisting condition they are coming for you! #KamalaWonTheDebate

Star Trek star George Takei defended Harris’ refusal to answer whether she and Joe Biden will pack the Supreme Court.

Kamala was right not to answer a question about court packing by someone who is in the business of court packing.

Comedian Chelsea Handler called Harris “the future” and Pence “the past.”

The future and the past. pic.twitter.com/mJLi9OkaTY

Full Frontal with Samantha Bee praised Harris for “doing a better job of moderating this debate than any debate moderator in history.”

Kamala is doing a better job of moderating this debate than any debate moderator in history. #VPDebate #ScreamHere

Actor Jon Cryer tweeted, “Kamala is lighting him up.”

Okay, I was wrong.

Kamala is lighting him up.

Actress Meredith Salenger tweeted that she was “so proud” of Harris.

Hands held together raised in the air as amazing music and balloons rain down on them in celebration🎉 https://t.co/cylPV1WeB0

Biden Bit the Big One During Debate

Biden Bit the Big One During Debate

Louisiana National Guard dispatched to prevent cyberattacks ahead of election