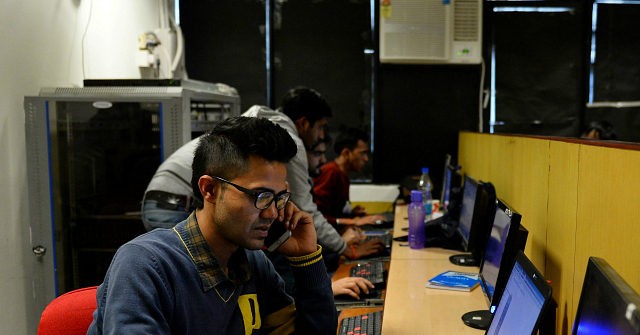 Advocates for the H-1B visa-worker program are protesting the wage increases required by President Donald Trump’s deputies, saying the raises will sharply reduce hiring of the foreign workers.

The labor department “requires the employers to agree to pay foreign workers significantly higher than the market rate—which would prevent many employers from seeking foreign talent in the first place,” said a report by the pro-migration American Immigration Council.

“It is an earthquake for the H-1B program right now,” said Nandini Nair, immigration partner at Greenspoon Marder LLP in Edison, N.J. Employers looking to renew H-1B visas for workers could see a $30,000 to $40,000 increase in those workers’ wages. “They cannot afford that, that is not something that is sustainable for many employers that I have spoken to,” she said.

The protests show that “the entire H-1B project has been nothing but cheap [labor for] tech,” said Kevin Lynn, founder of U.S. Tech Workers.

“The fact that they would say increasing the wages of the H-1B workers will result in an exodus of H-1Bs from the United States and an increase in [job] offshoring, demonstrates that for the entire time since 1990, the purpose of the H-1B program was to bring in cheap labor — and I emphasize cheap labor — to displace Americans college-grads,” said Lynn, who is encouraging Trump’s deputies to tout their reforms of the H-1B program in the 2020 campaign.

The complaints are higher wages are coming from many people who gain from the increased use of the H-1B temporary visa workers.

“The Department of Labor’s wage rule should be understood as an attempt to price many H-1B professionals out of the U.S. labor market,” complained Stuart Anderson, the director of the pro-migration National Foundation for American Policy.

Anderson calculated that a 2020 salary for imported, inexperienced H-1B “medical scientist” in Boston would jump from $53,810 up to $86,622 under Trump’s rules — and the employer would also have to pay the legal costs of importing the foreign worker.

For example, an employer in Detroit who wants to hire a foreign mechanical engineer will now have to offer $92,830 a year to a new graduate, or $135,990 a year to an experienced, mid-career graduate.

“These regulations will lay the groundwork for the pricing out of foreign labor, which is essential to the solvency of countless American businesses,” said Benjamin Johnson, the executive director of the American Immigration Lawyers Association.

The science employers at U.S. universities are also concerned that they will have to pay higher wages to their imported lab-workers. Law360.com reported:

Miriam Feldblum, executive director of the Presidents’ Alliance on Higher Education, stressed that the higher salary levels could pose a challenge to universities that depend on highly educated international researchers on H-1B visas.

“Big science cannot be done without international students and scholars and professors. Just look at the vaccine research and who’s involved,” she said, referring to the race to develop a coronavirus vaccine at universities across the U.S.

Universities exploit their Postcoc “students” — including their J-1 and H-1B foreign workers — according to a November 2018 report in Nature.com. The universities also provide a gateway into the U.S. labor market for roughly 400,000 foreign graduates each year.

“The new H1B wage levels are totally insane,” said a tweet from an advocate for H-1B visa workers. “While a correction to minimum wage offered was much needed for too long, this is certainly a bad faith effort at reforming H1B program.”

“They bumped the wage requirements to more than 50%,” said another tweet from a pro-H-1B twitter account. “This will kill whole program not 1/3rd of the H1b holders. … [and] will also have a huge impact on international student enrollments.”

Media coverage of the regulatory changes has been muted and often echoes businesses’ demand for cheap imported labor. For example, the Los Angeles Times’ Molly O’Toole wrote on October 9:

Apart from concerns that too many H-1Bs have gone to Indian-owned outsourcing firms, critics say the program displaces American jobs and depresses wages. But while studies have suggested that can happen when there’s excess labor in lower skilled occupations, there’s little evidence of such effects in fields requiring high-skilled workers.

The article, which had only 13 comments on October 11, portrayed the visa workers as “immigrants,” and said the federal government allows the inflow of 85,000 H-1Bs per year.

In reality, the federal government approves roughly 100,000 H-1Bs per year and also estimates the resident H-1B population at almost 600,000.

Other estimates say the H-1B resident population may reach a million, including at least 100,000 spouses with H-4EAD work permits.

That number is very large. Roughly 800,000 Americans graduate from four-year colleges each year with degrees in business, healthcare, science, software, or math.

Some of the H-1Bs arrive for a year or so of training by Americans, after which they are sent home to India to perform the work at low wages.

Some H-1Bs are paid high wages, usually by elite tech firms, sometimes by hospital chains. These inflow of these better-paid H-1Bs will likely be unaffected by the new rules.

At least 400,000 H-1Bs work as subcontractors for other firms, usually for the Fortune 500 firms which are trying to cut payroll costs by outsourcing routine work. This group is likely to be hit hard by the new rules.

But the new rules will not directly impact foreign workers who arrive under different visas or work-permit programs, such as the Optional Practical Training (OPT) program.

Overall, the federal government allows companies to keep roughly 1.3 million foreign contract-workers in white-collar jobs. They arrive via the H-1B,  J-1, L-1, H4EAD, OPT, CPT, TN pipelines. They are also supplemented by a shadow economy of gig-worker white-collar illegals, including foreign graduates who overstay their visas or enter the country on B-1/B-2 visas.

Many of the visa workers — especially the illegal gig-workers —accept low wages, in part, because many are working in exchange for their employers’ promise to sponsor them for the massive prize of green cards. Once sponsored, the visa workers can stay long past their visa expiration date while waiting for a green card. This legal opportunity to pay white-collar workers with green cards has created a “Green Card Economy” of Fortune 500 employers, universities, and subcontracted, gig-worker foreign employees, so cutting many Ameican graduates out of entry-level jobs.

The H-1B reform may shrink the underlying Green Card Economy if they ensure that only higher-paid workers can get into the H-1B program — and if officials reverse the “early filing” rule adopted in late September.

But the impact of the new rules will likely be muted — or even eliminated — by industry’s response.

Industry groups are expected to ask judges to strike the program down. Already, industry lawyers have blocked – likey, temporarily — Trump bar against the entry of H-1B, J-1, and L-1 workers before January.