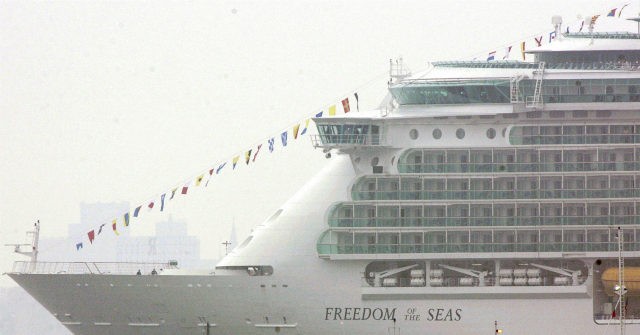 The northern Indiana man who held his granddaughter when she fell from a Royal Caribbean cruise ship has pleaded guilty on Thursday to negligent homicide in connection with the toddler’s death.

The ship was docked in San Juan, Puerto Rico, in July 2019, when the toddler, Chloe Wiegand, fell through an 11-story window while under the care of her grandfather, Salvatore Anello.

Puerto Rican authorities charged Anello, who also goes by Sam, in 2019 with negligent homicide in connection with Chloe’s death. Anello initially pleaded not guilty, but changed his mind in February to plead guilty so his family could move on from the tragedy.

Anello is scheduled to be sentenced on December 10.

Michael Winkelman, the Wiegand family’s attorney, said Thursday that under the conditions of the plea deal, Anello would serve no prison time, and he would serve out his probation in his home state of Indiana.

The lawyer said in a statement:

But because the plea agreement includes no jail time and no admission of facts, it was decided the plea deal is in the best interests of the family so that they can close this horrible chapter and turn their focus to mourning Chloe and fighting for cruise passenger safety by raising awareness about the need for all common carriers to adhere to window fall prevention laws designed to protect children from falling from windows.

Chloe was in a children’s water park area on the 11th-floor pool deck with her mother, when her mother had another matter to attend to and asked Anello to watch Chloe, according to a lawsuit the family filed against Royal Caribbean in December 2019.

The family alleges that the cruise liner is at fault for Chloe’s death, a claim which Royal Caribbean has strongly refuted.