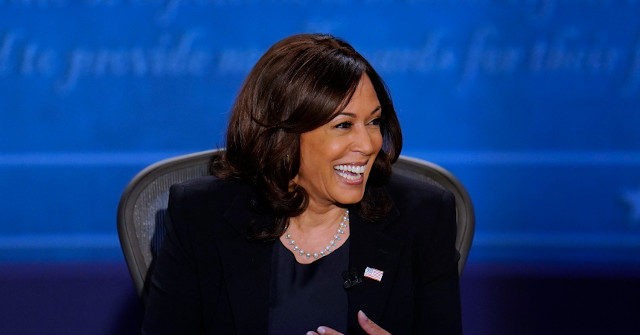 CLAIM: At Wednesday night’s vice presidential debate, Sen. Kamala Harris (D-CA) claimed that President Donald Trump “passed a tax bill benefitting the top one percent, leading to a two trillion dollar deficit that the American people are going to have to pay for.”

The beneficiaries of the 2017 tax reforms were not confined to the top earners. In fact, the overwhelming majority of Americans received a tax cut through the Trump Tax Cuts and Jobs Act.

The tax cuts may have expanded the deficit in the near-term, although that depends on whether growth would have been as robust as it was in the first three years of the Trump administration without the tax cuts. In reality, tax revenues rose even after the tax cuts — but buy less than some economists think would have happened if Americans had faced the higher taxes imposed by the Obama-Biden administration.

It is misleading to say that Americans will have to pay for higher deficits. Higher deficits mean that the American government borrowed money, principally from other Americans and from trading partners with Americans who find themselves holding more dollars than they wanted to spend, to offset spending beyond what was collected in taxes. Most of the funds borrowed will not be repaid by American taxpayers but rolled into new debt. Any money that is actually repaid will primarily be repaid to Americans.

What’s more, the alternative to having to pay in the future because of debt would be to pay now in taxes. When the government can borrow at rock-bottom rates, as it can today, it makes sense to shift government finances toward debt rather than taxes. In effect, this means Americans pay less for spending because of higher deficits than they would if they paid in taxes today.