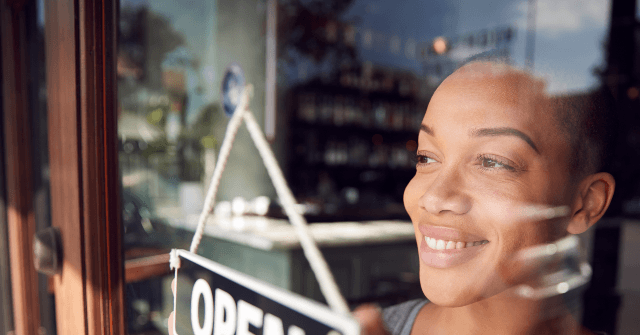 During a nationally televised town hall with ABC News on Thursday, the Democrat nominee was asked how his response to the pandemic would have differed from that of President Donald Trump. Biden, in his response, accused Trump of being preoccupied with the economy at the start of the outbreak, instead of saving lives.

“It is the president’s responsibility to lead and he didn’t do that,” Biden said. “He didn’t talk about what needed to be done, because he kept worrying, in my view, about the stock market.”

The former vice president further claimed that Trump’s “barometer of success on the economy is the [stock] market,” as witnessed by the administration’s pandemic relief efforts.

“Congress passed a couple trillion dollars worth of help and what happened was most of the money, a significant portion of that money, went to the very wealthiest corporations in the country,” Biden said. “It didn’t get to the mom and pop stores.”

Biden’s assertion that pandemic economic relief efforts have only benefited well-off corporations is not fully accurate. Although a number of corporate giants did receive bailouts from relief programs, including the Paycheck Protection Program (PPP), a substantial portion of the money also went to small businesses.

According to data from the Small Business Administration (SBA), more than a quarter of all PPP loans, which were designed to help businesses continue making payroll through the pandemic, went to low and moderate-income communities. SBA data furthers shows that only 13 percent of PPP loans were for more than $150,000 or more. An SBA report published at the end of June found that “across all 50 states, 72 percent to 96 percent of estimated small business payroll was covered by PPP loans.”

Furthermore, SBA records show that the most valuable companies in America, including corporate giants like Walmart, JPMorgan Chase, and Google, did not receive PPP loans.

Such loans have been instrumental in lowering the unemployment rate, which dropped from a high 14.7 percent in April to 7.9 percent as of October.