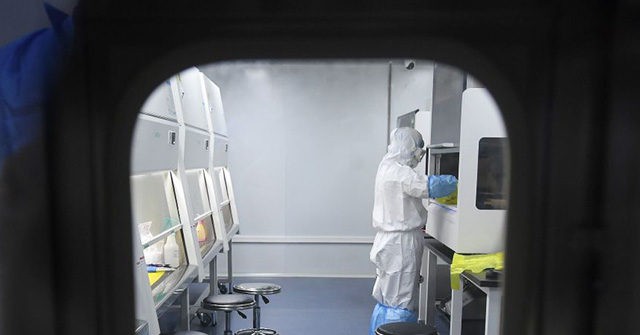 CLAIM: Vice President Mike Pence said, “China is to blame for the coronavirus.”

VERDICT: TRUE.  The virus originated in Wuhan, China, and the country was not forthcoming about the severity of the outbreak. Moreover, leaked documents show that the World Health Organization (W.H.O.) was aware that China was withholding key information, yet the organization publicly praised the communist country for its purported transparency.

“China is to blame for the coronavirus,” the vice president said during Wednesday evening’s debate. “And President Trump is not happy about it. He’s made that very clear. Made it clear again today.”

“China and the World Health Organization (W.H.O.) did not play straight with the American people. They did not let our personnel into China to get information on the coronavirus until the middle of February,” he continued, adding that Trump had “fortunately” already exercised standing up to China “in the wake of Joe Biden’s cheerleading for China.”

Pence added that the administration will “hold China accountable for what they did to America with the coronavirus.”

The vice president is correct in his assessment that China is to blame for the virus. In June, the AP reported on leaked documents revealing that the W.H.O. was aware that China was withholding information on the severity of the virus as early as January, as Breitbart News detailed:

The AP report described a massive disconnect between W.H.O.’s public statements and the private frustration of its officials as the Chinese “sat on releasing the genetic map, or genome, of the deadly virus for over a week after multiple government labs had fully decoded it, not sharing details key to designing tests, drugs, and vaccines.”

The report noted that even after a Chinese lab seemingly broke with Communist Party officials and published the genome of the Wuhan coronavirus, “China stalled for at least two more weeks on giving W.H.O. the details it needed, according to recordings of multiple internal meetings held by the UN health agency in January.”

“Although the W.H.O. continued to publicly commend China, the recordings show they were concerned China was not sharing enough information to assess the risk posed by the new virus, costing the world valuable time,” the AP report said.

The documents “also confirmed that W.H.O. knew the CCP was preventing Chinese scientists from discussing the coronavirus and ordering the destruction of samples, which is a direct contravention of W.H.O. protocols.” Despite that, W.H.O. Director-General Tedros Adhanom was not forthcoming and continued to praise China early on.

A leaked intelligence report also revealed that the Chinese regime “went about ‘disappearing’ whistle-blowing doctors, censored news about the outbreak, destroyed samples of the virus in laboratories, and refused to hand over samples to international scientists, delaying the ability to manufacture a cure for the virus,” as Breitbart News detailed.

The House Foreign Affairs Committee released an interim report in June and reiterated those points, stressing that China had cases of the virus as early as November and did not immediately alert the W.H.O. Instead, the communist regime scrambled to cover up the outbreak, censoring the news as early as December 31 while hiding evidence, per the report.

Indeed, as Pence stated, Biden disagreed with Trump’s early travel ban on China, even referring to the move as  “xenophobic fear-mongering.”