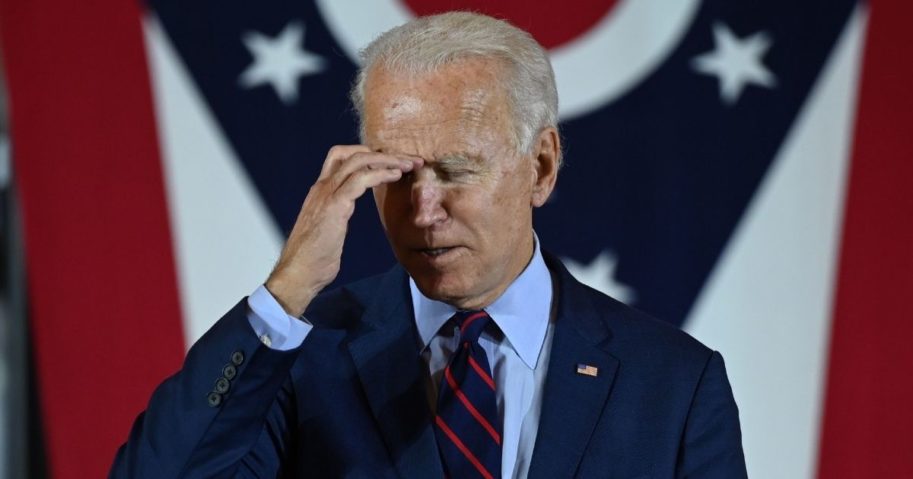 It’s been a wild ride on social media the past few days, as Big Tech appears to be doing everything they can to run cover for Joe Biden’s presidential campaign — just weeks after executives from both Facebook and Twitter joined Biden’s transition team.

As if that wasn’t enough, Twitter started locking individual accounts — including the account of President Donald Trump’s press secretary, Kayleigh McEnany — for “violating our rules against distribution of hacked material.”

The Post’s primary Twitter account (@nypost) has also been locked because the Hunter Biden stories violate its rules against “distribution of hacked material,” per email we received from Twitter https://t.co/wbeYd6c3CA

Twitter has locked out @TeamTrump for posting video of clips of Joe Biden lying about never speaking to Hunter about foreign business deals.

Biden doesn’t dispute the authenticity of the docs.

The executives include Twitter public policy director Carlos Monje, whose role with the Biden team has not been specified — but Monje previously worked for both Hillary Clinton’s transition team and for President Barack Obama before transitioning to Twitter, Politico reported in September. Now he’s back to working directly for Democrats.

The other new member to join Biden’s team from Big Tech is Facebook’s Jessica Hertz, who will serve as general counsel to oversee ethical issues, according to an Oct. 1 New York Post report.

That’s very concerning, to say the least. One has to wonder if someone in the Biden camp is asking Big Tech to censor certain content.

It’s particularly worrisome that the official Twitter account of President Trump’s re-election campaign was locked out. With less than three weeks left until the election, locking one party’s official campaign account looks a bit like election interference.

Obviously, we don’t know for sure, but it certainly looks suspicious.

Of course, the social media platforms claim the censorship is totally legitimate because the New York Post story is subject to third-party fact check and must meet the platforms’ standards against disseminating false information.

That would be a lot more convincing if the platforms didn’t have a history of allowing tenuously sourced allegations — not to mention flat-out lies — that favor Democrats to spread on their sites.

At the very least, the shared staff between Twitter, Facebook and Biden’s team raises serious questions about the biases held by Big Tech platforms — biases that always seem to cut in favor of Democrats and against Republicans.