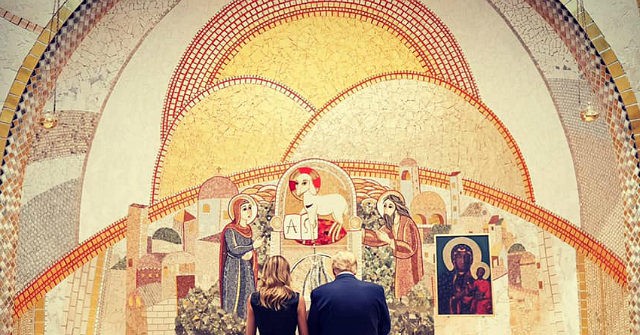 President Donald Trump acknowledged during a campaign rally in North Carolina on Thursday that he is not the most famous person in the world.

“Somebody said to me the other day, ‘You’re the most famous person in the world by far,’” Trump said, recounting a conversation with a supporter. “I said, ‘No, I’m not.’ … They said, ‘Who’s more famous?’ I said, ‘Jesus Christ.’”

Trump joked that he responded that way just to be safe.

Looking up at the sky, Trump continued, “I’m not taking any chances! … I’m not having any arguments!”

“I’m not going to take any chances, I guarantee,” he continued. “And let me look up and say, ‘It’s not even close.’”