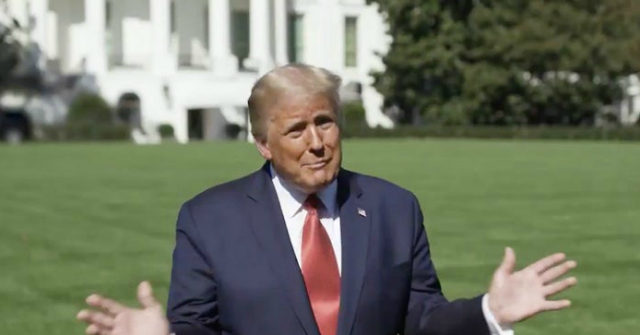 During an interview with the NRA’s 1st Freedom, President Donald Trump said he would sign national reciprocity legislation for concealed carry if it reaches his desk.

The outlet posed the question:

Mr. President, each state’s driver’s license is honored across this great nation, yet a permit to carry a concealed gun — which, in contrast, is a right specifically protected in the U.S. Bill of Rights — is often not respected by other states. Will you support a national reciprocity act so that law-abiding gun owners can more easily travel with their freedom?

Trump responded by making sure the focus was on concealed carry permit holders crossing state lines, to which 1st Freedom said, “Yes.”

Trump then said, “I will support such legislation. If it comes across my desk I will sign it.”

This is the same position Trump promoted while seeking the Republican nomination for the presidency in September 2015.

On September 18, 2015, Breitbart News reported a Trump position paper wherein he voiced his support for national reciprocity, saving “The right of self-defense doesn’t stop at the end of your driveway. That’s why I have a concealed carry permit and why tens of millions of Americans do too. That permit should be valid in all 50 states.”

AWR Hawkins is an award-winning Second Amendment columnist for Breitbart News and the writer/curator of Down Range with AWR Hawkins, a weekly newsletter focused on all things Second Amendment, also for Breitbart News. He is the political analyst for Armed American Radio. Follow him on Twitter: @AWRHawkins. Reach him directly at [email protected]. Sign up to get Down Range at breitbart.com/downrange.