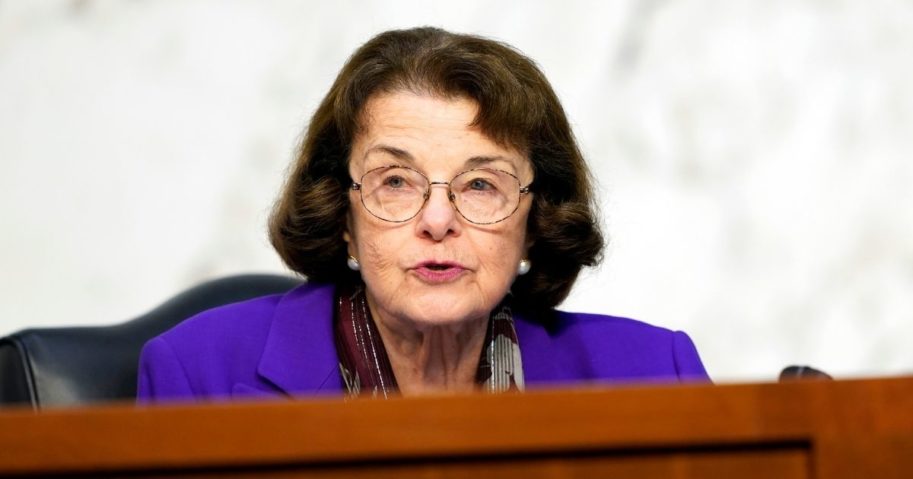 Sen. Dianne Feinstein of California was caught on a hot mic discussing Judge Amy Coney Barrett’s faith, according to a report.

The California Democrat, per the video, was discussing Barrett’s pro-life stance.

“She’s been pro-life for a long time. So I suspect with her, it is deeply personal and comes with her religion,” Feinstein reportedly said of Barrett.

📽️ Sen. Feinstein hot mic talking about Judge Amy Coney Barrett: “She’s been pro-life for a long time. So I suspect with her, it is deeply personal and comes with her religion.” pic.twitter.com/5dUBhHLQsn

Democrats on the Senate Judiciary Committee were moderately well-behaved this week but subtly made Barrett’s faith an issue.

They made a number of statements this week insinuating Barrett’s faith would lead her to overturn Roe v. Wade.

Do you think Judge Amy Coney Barrett will have enough GOP support to be confirmed before Election Day?

Coons avoided such rhetoric when examining Barrett this week.

Meanwhile, in the media, HBO host Bill Maher launched into a vulgar rant about Barrett’s faith recently on his program, when he called her a “f—ing nut,” according to the Washington Examiner.

The subject of faith and how it relates to Barrett’s future court decisions, should she be confirmed, was obviously on the minds of many on the left this week.

Still, the clause did not stop Feinstein from grilling Barrett in 2017 over her devout Catholicism.

Then a Notre Dame Law professor, Barrett was nominated to her current position as a judge on the 7th Circuit Court of Appeals, a position she currently holds.

During those proceedings, she was questioned about her faith.

Ironically, much of that questioning came from Feinstein.

In an apparent attempt to discredit or disqualify Barrett, Feinstein notoriously said that “dogma lives loudly within” the nominee.

“Why is it that so many of us on this side have this very uncomfortable feeling that dogma and law are two different things,” Feinstein said in 2017, CNN reported.

“In your case, professor, when you read your speeches, the conclusion one draws is that the dogma lives loudly within you. And that’s of concern when you come to big issues that large numbers of people have fought for for years in this country,” Feinstein said to Barrett.

The Wall Street Journal reported Sen. Dick Durbin of Illinois, who grilled Barrett this week numerous times, also asked her about her faith during the same 2017 hearing.

“Do you consider yourself an orthodox Catholic?” he asked her during a line of questioning.

Barrett, as she has done throughout confirmation hearings this week for the Supreme Court, maintained in 2017 that her faith would not play a factor in her decisions as a judge on the appeals court.