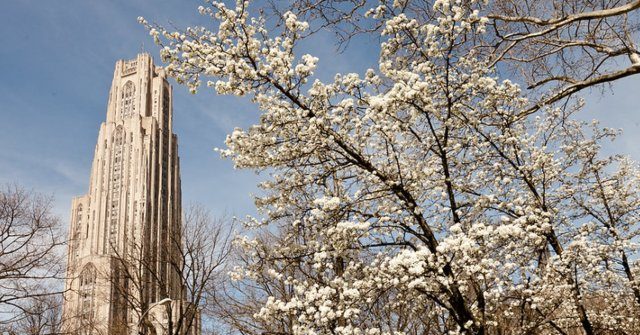 The Department of Education announced this week that it is investigating the University of Pittsburgh over its treatment of Professor Norman Wang, who was demoted from his position at the university hospital after he criticized affirmative action. The Department of Education claims that the university could lose its federal funding if it continues to violate Title VI by discriminating against applicants during its admissions process.

According to a report by the College Fix, the University of Pittsburgh is currently facing an investigation by the Department of Education over its decision to remove Professor Norman Wang from his fellowship position at the university hospital.

Racial and ethnic preferences at both the undergraduate and professional school levels for blacks and Hispanics result in relatively weak academic starting positions in classes. This has been postulated to lead to poor performance through compounding ‘academic mismatch,’ stress‐related interference, and disengagement. Many do not complete their intended programs or do not attain academic success to be attractive candidates for subsequent educational programs or employment.

In a letter, the Department of Education accused the University of Pittsburgh of violating Title VI by offering an unfair advantage to minorities during their admissions process.

Also, the statements made by Pitt’s authorized officials denouncing Dr. Wang, his research, and his advocacy of race-neutrality suggest Pitt supports and uses a system of overtly race-based preferences in its admissions and hiring at Pitt and UPMC and in other parts of its education program. If so, Pitt may be committing systemic violations of Title VI of the Civil Rights Act of 1964 prohibiting discrimination based on race, color, and national origin. Systemic violations of Title VI would render false Pitt’s non-discrimination promises and assurances.

The letter specifically criticized the university’s public response to Wang’s piece. In a statement published to Twitter in August, the university accused Wang of expressing “views against equity and diversity.”

Breitbart News Entertainment Editor Jerome Hudson argued in 2019 that affirmative action echoed Wang’s sentiment on affirmative action. “This policy has — in no uncertain terms — destroyed people’s lives, all because of this ridiculous pursuit by liberals who cooked up the idea that we could just put people on college campuses and they would succeed, and it has not worked,” Hudson said.

Stay tuned to Breitbart News for more updates on this story.