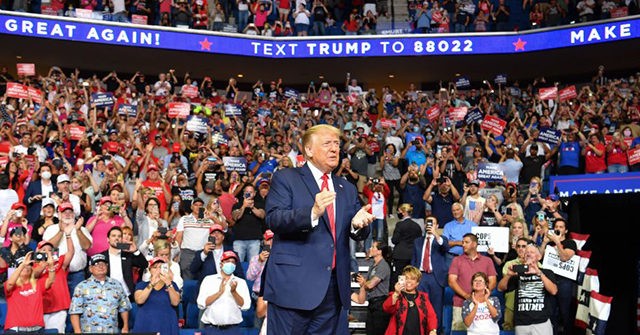 The Democrat mayor of Flemington, New Jersey, refused to resign this week after criticizing Trump voters and conservative judges on Facebook.

During a borough council meeting on Tuesday, Mayor Betsy Driver told community members who demanded she apologize or step down that they “can have recourse at the voting booth in two years,” according to NJ.com.

The Hunterdon County Republican Committee published what appeared to be a screenshot of Driver’s post to its website on Saturday.

“This is day one of the new SCOTUS term – the religious zealots want to enact the Christian version of Sharia law,” the Facebook post read.

Your statement is antithetical to the principles of representative democracy. It is further proof that you do not represent the people of Flemington, the character of Hunterdon County, and the values of at least a part of the Democrat party. While I trust Republicans agree with me, I also call on Freeholder Candidate Heller and all current Flemington candidates to join me and many others in a bipartisan call for Mayor Driver’s immediate resignation.

Driver later claimed the group’s call for her resignation “by using a cropped image of the original post on my private Facebook page speaks volumes to their ongoing dishonesty and duplicity,” according to TAPinto.net.

“That they are that triggered and clutching their pearls over my being upset and angry at the threats to my LGBTQ family by a Supreme Court enabled by their support of a president who is hate-filled and unhinged every day is sad,” she continued.

Driver has since deleted her public Facebook page, but her private account remains active, according to the NJ.com article.