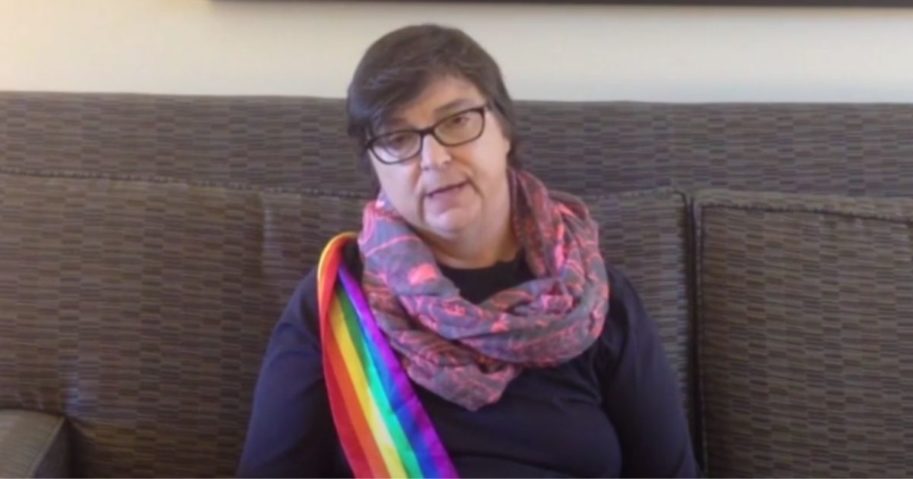 A New Jersey mayor hurled expletives at President Donald Trump’s supporters and said those who voted for Trump want to “enact the Christian version of Sharia Law” in a private Facebook post.

The New Jersey Republican Party shared the text of the now-deleted post by Flemington Mayor Betsy Driver on the organization’s website.

“This is day one of the new SCOTUS term — the religious zealots want to enact the Christian version of Sharia law,” Driver reportedly wrote.

“If you voted for the orange monster with COVID, go f— yourself. If you plan on voting for him again, unfriend me and go f— yourself again.”

The state GOP called for an apology from Driver.

TRENDING: Checkmate: Twitter Will Have To Block a Government Website To Censor Hunter Biden Bombshell After Creative Move by GOP

“I think we all know she will never step down, but is it too much to ask for her to apologize? Her comments are bigoted and hateful.”

A local resident asked Driver if she was planning to resign during a Tuesday City Council meeting, WKXW reported.

“I am not,” Driver responded.

She added that voters have the choice to “not vote for me next time I’m up for election. That is your recourse.”

“It’s time the council take action to hopefully prevent Mayor Driver from bringing the wrong kind of attention to an already struggling borough. I am requesting the council censure Mayor Driver,” Tilly said.

Do you think Driver should resign?

Driver said in a statement that the New Jersey GOP unfairly cropped her Facebook post and that Republicans are “triggered and clutching their peals.”

“That they are that triggered and clutching their pearls over my being upset and angry at the threats to my LGBTQ family by a Supreme Court enabled by their support of a president who is hate-filled and unhinged every day is sad,” Driver wrote.

“It reflects their privilege that refuses to acknowledge America’s diversity and their own intolerance of anyone who disagrees with them.”

Content created by the Daily Caller News Foundation is available without charge to any eligible news publisher that can provide a large audience. For licensing opportunities of their original content, please contact [email protected].