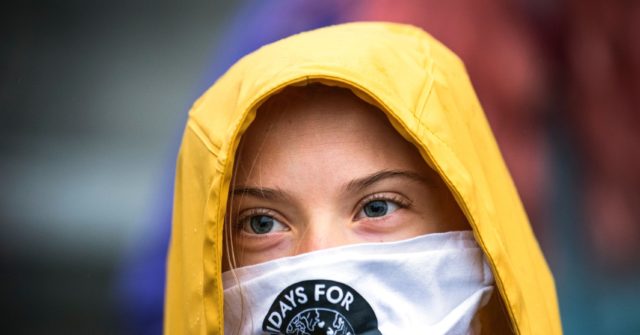 For a second year running Greta Thunberg has failed to win the Nobel Peace Prize.

This year she was beaten by the UN World Food Program.

In 2019 she was beaten by Ethiopian Prime Minister Abiy Ahmed as his reward for securing peace with neighbouring Eritrea.

Perhaps the Nobel prize committee has noticed something increasingly apparent to the rest of us: that the world has long since reached Peak Greta; the Doom Pixie has delighted us all quite enough.

Part of Thunberg’s problem may be that her cause has been superseded by that of Chinese coronavirus.

Earlier in the pandemic, Thunberg made a bid for ongoing relevance by co-authoring an angry letter to European Union leaders, demanding that climate be taken seriously as coronavirus.

The last few months the world has watched with horror how the COVID-19 pandemic has hit people all over the globe. During this tragedy, we are seeing how many – not all – world leaders and people around the world stepped up and acted for the greater good of society.

It is now clearer than ever that the climate crisis has never once been treated as a crisis, neither from the politicians, media, business, nor finance.

The letter’s petulant tone is an indication of the growing frustration among climate activists that their thunder has been stolen by COVID-19.

In fairness to the Doom Pixie, however, she is pretty much on track to getting her wishlist anyway.

At one point in her letter, she and her co-authors – including the ‘usual collection of hypocrites and charlatans’ such as Leo DiCaprio, Michael Mann, Emma Thompson, et al – write:

We are facing an existential crisis, and this is a crisis that we can not buy, build, or invest our way out of. ​Aiming to ‘recover’ an economic system that inherently fuels the climate crisis in order to finance climate action is just as absurd as it sounds. Our current system is not ‘broken’ – the system is doing exactly what it’s supposed and designed to be doing. It can no longer be ‘fixed’. We need a new system.

This essentially is what most Western leaders — barring President Donald Trump — are now promising to do with their ‘Build Back Better’ policy as they implement the World Economic Forum’s ‘Great Reset.’

Climate change was formerly the globalist elite’s preferred excuse for rebuilding the world economy in its own interests. Now that excuse has conveniently segued into COVID-19.

Greta the Climate Puppet has served her purpose. Now the caravan has moved on.