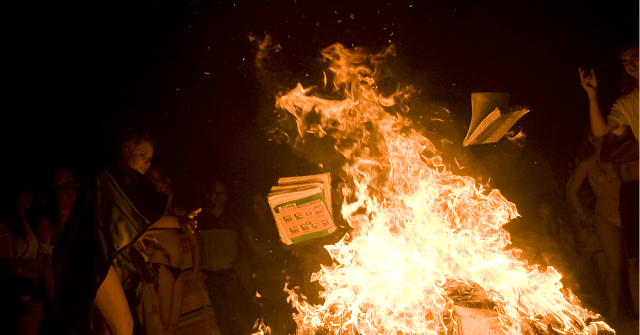 A conservative professor has been “cancelled” for the second time in three years after a race-baiting communist academic raised objections to the “pro-colonial” narrative in his latest book about a British imperial administrator.

According to the Times of London:

Bruce Gilley’s book The Last Imperialist: Sir Alan Burns’ Epic Defense of the British Empire was due to be the first volume in a planned ‘Problems of Anti-Colonialism’ series. That has now been scrapped after allegations that the avowed ‘pro-colonial’ Professor Gilley endorsed a ‘white nationalist perspective’.

The series was cancelled without explanation after a petition led by Joshua Mouawad-Paul, a Maoist philosopher, of York University in Canada managed not even 1,000 signatures on the website Change.org.

Mouawad-Paul claimed that Professor Gilley, professor of political science at Portland State University, had shown a “pig-headed refusal to deal with the rigorous historical analyses’ that debunked his view of European colonialism as beneficial.

Gilley — described as a “scourge of the academic left” — has said that the “ease and suddenness” of his latest “cancellation” reflects “this year’s Black Lives Matter moral panic” which has “taken cultural totalitarianism to new levels.”

He has written in the Wall Street Journal:

“The Last Imperialist is the culmination of five years of intensive primary source research and passed peer review with Lexington Books last December, and it carried endorsements from two giants in the field of colonial history Jeremy Black, and Tirthankar Roy.”

According to the Times of London:

Tirthankar Roy, professor of economic history at the London School of Economics, said in a letter to Lexington Books: “I take only one kind of historical scholarship seriously, one based on evidence and explaining a process of change — the manuscript passed that test, not only for me, but also the referees. That it could be an apology for empires, whatever that idiotic expression means, never crossed my mind, I do not think this book was one.”

Mr Roy said that their decision meant that a group of “phoney academics” based in privileged Western universities “should decide what is published on Asian and African history” and this represented “real colonialism.”

This is Gilley’s second cancellation by woke academe. In 2017, his paper The Case for Colonialism — which argued that colonial rule was beneficial and that rapid decolonisation had led to a “cesspool of human suffering” — was retracted by its publisher, Third World Quarterly, after “threats of personal violence” against the journal’s editor.

And last year, Breitbart News reported that Portland State University had rejected Gilley’s proposed class on ‘Conservative Political Thought’ on the grounds that it did not “support the University commitment to access and inclusion.”

Opinion | What Joe Biden Could Learn From the Baby-Faced Assassin