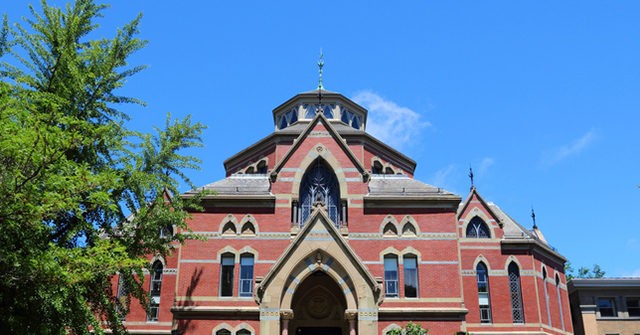 A Brown University economist’s analysis of data on nearly 200,000 children in 47 states has concluded K-12 schools are not “super-spreaders” of the coronavirus.

“Fear and bad press slowed down or canceled school reopenings,” wrote Professor Emily Oster in a report published Friday at the Atlantic. “We are starting to get an evidence-based picture of how school reopenings and remote learning are going … and the evidence is pointing in one direction. Schools do not, in fact, appear to be a major spreader of COVID-19 [Chinese coronavirus].”

“It’s now October. We are starting to get an evidence-based picture of how school reopenings and remote learning are going, and the evidence is pointing in one direction. Schools do not, in fact, appear to be a major spreader of COVID-19.”— @ProfEmilyOsterhttps://t.co/okpk9Bz0SN

Working with technology company Qualtrics, the National Association of Elementary School Principals, and the National Association of Secondary School Principals, Oster collected data over the last two weeks of September. Her analysis found a coronavirus infection rate of 0.13 percent among students, which translates to 1.3 infections over two weeks in a school of 1,000 children.

The study also revealed an infection rate of 0.24 percent among school staff, about 2.2 infections in a group of 1,000 staff over a two-week period.

“Even in high-risk areas of the country, the student rates were well under half a percent,” Oster noted.

She observed data from other sources in Texas also reported low rates of infection among students, at 0.14 percent, and staff even lower at 0.10 percent.

Oster provided a common-sense summary of the data:

These numbers are not zero, which for some people means the numbers are not good enough. But zero was never a realistic expectation. We know that children can get [coronavirus], even if they do tend to have less serious cases. Even if there were no spread in schools, we’d see some cases, because students and teachers can contract the disease off campus. But the numbers are small — smaller than what many had forecasted.

The predictions of spread from schools to their greater communities have been “overblown” as well, she observed.

Despite condemnation of Florida and Georgia by teachers’ unions and some media for reopening schools for in-person learning, Oster explained that, in Florida, data up until now do not reveal big community spikes in infections, and Georgia infection rates have continued to drop over the past month.

“And although absence of evidence is not evidence of absence, I’ve read many stories about outbreaks at universities, and vanishingly few about outbreaks at the K–12 level,” she observed, adding that those who hold the view there must be no chance of becoming infected if schools are to reopen are ignoring the “enormous costs” to children, particularly to “low-income students of color,” who are suffering learning deficits as a result of closures and reliance on remote learning.

Oster took blue-state governors to task, who have touted they are abiding by “science,” when they actually have no knowledge of the evidence showing schools are not “super-spreaders”:

Democratic governors who love to flaunt their pro-science bona fides in comparison with the anti-science Trump administration don’t seem to be aware of this growing body of evidence. On Monday, for instance, New York Governor Andrew Cuomo claimed that businesses were not “mass spreaders,” as opposed to schools, and subsequently announced that he would close schools in hot-spot areas.

Oster asserted while she is not seeking to put more people at risk, her goal is to point out the risks to children by not opening schools for in-person learning. In the meantime, she said she plans to keep collecting data.

Her data come a week after dozens of internationally known medical experts, epidemiologists, and biologists have signed onto a document called the “Great Barrington Declaration,” which urged the adoption of a pandemic strategy they refer to as “focused protection.”

“As infectious disease epidemiologists and public health scientists we have concerns about the damaging health impacts of the prevailing #COVID19 policies, and recommend an approach we call #FocusedProtection.” @MartinKulldorff @SunetraGupta #GBDeclaration https://t.co/yKi3V4S5Jr

The experts said waiting to resume normal life until a vaccine is approved and readily available will cause “irreparable damage”:

We know that vulnerability to death from [coronavirus] is more than a thousand-fold higher in the old and infirm than the young. Indeed, for children, [coronavirus] is less dangerous than many other harms, including influenza.

As immunity builds in the population, the risk of infection to all — including the vulnerable — falls. We know that all populations will eventually reach herd immunity — i.e.  the point at which the rate of new infections is stable — and that this can be assisted by (but is not dependent upon) a vaccine. Our goal should therefore be to minimize mortality and social harm until we reach herd immunity.

The scientists explained the most “compassionate approach that balances the risks and benefits of reaching herd immunity” is to encourage all those with minimal risk of death to “live their lives normally” as they develop immunity, and focus protection strategies on those at highest risk.

Addressing the issue of school reopenings, the experts said that, for young people, in-person teaching at schools should be the norm, with a return to extracurricular activities, such as sports.

They recommended a return to open businesses, restaurants, and cultural events as well.

“People who are more at risk may participate if they wish, while society as a whole enjoys the protection conferred upon the vulnerable by those who have built up herd immunity,” they concluded.