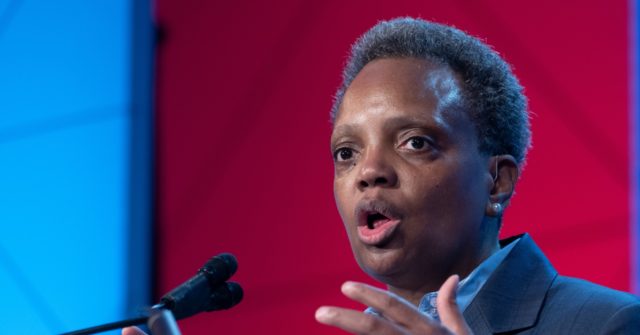 On Sunday morning, Breitbart News reported at least 3o people were shot Friday through Saturday alone. And ABC 7 / Chicago Sun-Times reported the number of shooting victims approached 40, if one counted the violence of early Sunday morning.

On Monday morning ABC 7 / Chicago Sun-Times put the number of shooting victims at 50, as did CBS 2.

The number of fatalities reached four by 6:50 a.m. Saturday and did not increase over the next 48 hours.

The fourth fatality was a 21-year-old man who was shot and killed at 6:50 a.m. Saturday while sitting in a vehicle.

The violence and mayhem in Mayor Lightfoot’s Chicago translated into over 3,200 shooting victims between January 1, 2020 and the end of day on October 5, 2020, and the Chicago Tribune reports that nearly 600 of those shooting victims succumbed to their wounds.

Moreover, on October 10, 2020, Breitbart News reported there had been 87 shootings on Chicago expressways year-to-date. Those shootings resulted in 57 victims, six of whom died from their wounds.

Just last week she sought to address the worsening situation at a public press conference: