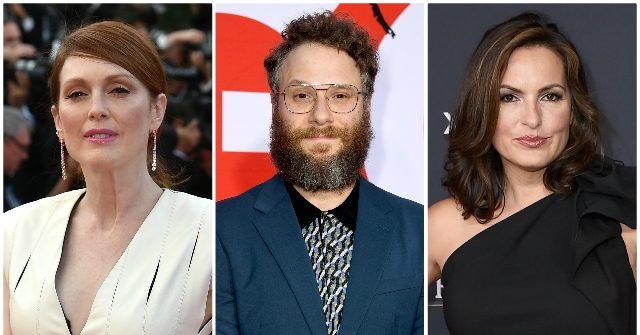 As Facebook and Twitter continue to censor the New York Post‘s bombshell stories on Hunter Biden, left-wing Hollywood celebrities are launching their own suppression initiative against NBC over the network’s upcoming town hall broadcast with President Donald Trump.

In a letter to NBC, more than 100 Hollywood actors, directors, writers, and producers demanded that NBC change the time it is airing the Trump town hall to either before or after ABC’s Biden town hall, which is set for today at 8 p.m.

“By agreeing to air his town hall as counterprogramming opposite Vice President Biden’s town hall on ABC, you are enabling the President’s bad behavior while undercutting the Presidential Debate Commission and doing a disservice to the American public,” the letter states.

NBC has so far refused to change the broadcast time. “If we were to move our town hall with President Trump to a later timeslot we would be violating our commitment to offer both campaigns access to the same audience and the same forum,” NBC Universal chairman Cesar Conde reportedly said in a statement.

We are a group of writers, actors, directors and producers. Many of us have been lucky enough to work for NBCUniversal at some point in our careers. Some of us are currently employed at your studio. We have always thought of NBCUniversal as both a terrific creative home and a brand that stands for the best in entertainment and broadcast journalism.

This is why we have been devastated to learn that you have chosen to air President Trump’s town hall this Thursday night at 8 p.m., directly opposite Vice President Biden’s town hall.

This is not a partisan issue. This is about the political health of our democracy.

We believe this kind of indifference to the norms and rules of our democracy are what have brought our country to this perilous state.

We are simply asking that NBC air the President’s town hall either before or after Vice President Biden’s so that American voters can have the opportunity to watch both.

We understand the necessities of business, especially in this difficult time. But we believe there are larger issues of civic responsibility at stake here.

Some celebrities including Julia Louis-Dreyfus, Jim Carrey and George Takei are taking things even further by telling people not to watch the NBC broadcast.

Julia Louis-Dreyfus, who worked for NBC on Seinfeld, used the hashtag #NBCBlackout.

Don’t watch the Trump Town Hall tomorrow on NBC. Catch the highlights later. Don’t give Trump a ratings win. Pass it on.

Actor Jim Carrey told his followers to avoid the Trump town hall and instead tune in to ABC to “watch a decent man deliver a safe way forward for this country.”

There is a black hole on @NBC tonight. Tune in to @ABC at 8pm and watch a decent man deliver a safe way forward for this country. You can see the raging howler monkey-in-chief’s delusional and steroid fueled fails later on YouTube and, of course, all white supremacist websites. pic.twitter.com/xrpLnu4N5n