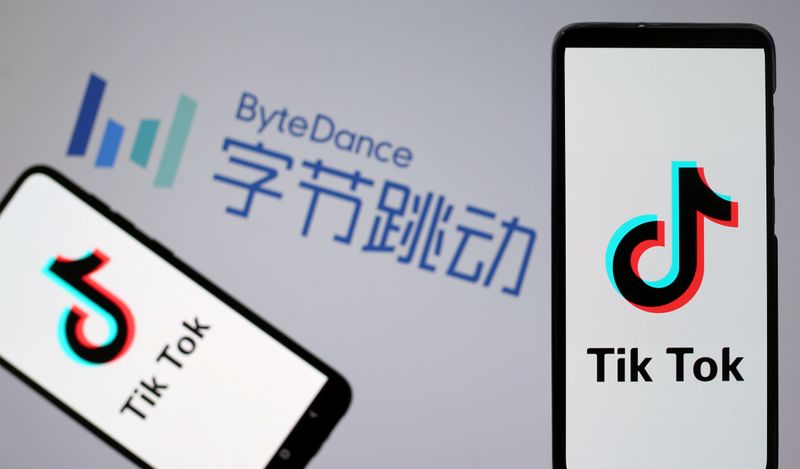 FILE PHOTO: TikTok logos are seen on smartphones in front of a displayed ByteDance logo in this illustration taken Nov. 27, 2019. REUTERS/Dado Ruvic/Illustration/File Photo

BEIJING (Reuters) – China said on Tuesday it was concerned about India’s decision to ban Chinese mobile apps such as Bytedance’s TikTok and Tencent’s WeChat and was making checks to verify the situation. [nL4N2E63K0]

Chinese foreign ministry spokesman Zhao Lijian told reporters during a daily briefing that India has a responsibility to uphold the rights of Chinese businesses.

India on Monday banned 59, mostly Chinese, mobile apps in its strongest move yet targeting China in the online space since a border crisis erupted between the two countries this month.